The latest salvo in the seemingly never-ending war of self-inflicted wounds concerning who is a Jew and what streams are considered legitimately Jewish was fired last week by Israeli member of Knesset David Rotem of the Likud-Beitenu Party, the same political party as that of the prime minister. At a session of the Knesset Committee on Constitution, Law and Justice, MK Rotem stated that “the Reform movement is not Jewish … they are another religion.”

That no doubt comes as something of a surprise to the majority of American Jews who identify with Reform Judaism, not to mention those who belong to a growing and very committed Reform movement in Israel.

The reaction to Rotem’s unfortunate comments was swift and uncompromising. Jewish Agency chairman of the executive Natan Sharansky released a statement decrying the Knesset member’s remarks, declaring, “It is absolutely unacceptable for a high public servant to make statements that delegitimize parts of our own people and are extremely damaging to the relationship between the State of Israel and the Jewish people worldwide.”

Other Jewish leaders, including Abe Foxman, national director of the Anti-Defamation League, and Rabbis Julie Schonfeld and Steven Wernick, heads respectively of the Rabbinical Assembly and the United Synagogue of Conservative Judaism, have censured Rotem’s unfortunate and damaging statement. Rotem has since apparently backtracked, apologizing for any misunderstanding created by his remarks and claiming that they were “misinterpreted by the media.”

However, this isn’t the first time that Rotem has stirred up such controversy. At a well-attended and memorable meeting of the Jewish Agency’s Unity of the Jewish People Committee in October 2010, Rotem said the following: “I am in favor of one
Judaism. … There are no three Judaisms.”

This was stated in the context of his having sponsored the “Rotem bill” that would have given sole oversight over conversion in Israel to the ultra-Orthodox Rabbinate and would have prevented some converts from qualifying under the Law of Return. (The bill was, fortunately, not made into law, thanks in no small part to intense lobbying by representatives of Diaspora Jewish organizations.)

Moreover, the actual words that Rotem used last week are significant. In the Israeli Law of Return, the term “another religion” refers specifically to non-Jews who are excluded from making aliyah and who therefore have no place in the Jewish state.

Israel faces an ongoing internal and external debate about the place of religion in a modern Jewish country that is not only the Jewish state, but the nation-state of all Jews throughout the world.

There is yet to be a solution to the status of 350,000 Israelis from the former Soviet Union (FSU), who are not considered halachically Jewish by the ultra-Orthodox rabbinate and therefore cannot marry, divorce or be buried according to Jewish law (that is to say, in a Jewish cemetery). The ongoing debates over freedom of marriage, granting equal recognition to all established streams of Judaism, gender equity in matters of marriage and divorce, and the relentless intrusion and humiliation inflicted by the rabbinate upon many Israelis and Diaspora Jews in matters of marriage and divorce, continue to drive increasing numbers of Israelis – and Diaspora Jews, including some of the most idealistic olim – away from Judaism and in some cases, away from the Jewish state itself.

In such a context, it is not enough for Rotem to apologize. It is time for him and for the elected leadership in Israel to do teshuvah by bringing Israel into the 21st century when it comes to personal status issues. The start-up nation needs to start up a new conversation of inclusion for the Jewish people throughout the world — starting at home.

Susie Gelman is a past president of the Jewish Federation of Greater Washington and is part of the ownership group of the Washington Jewish Week. 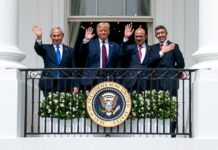