Two members of Beit Hillel, a centrist Orthodox Zionist group in Israel that strives to make that country more inclusive, will be scholars-in-residence on Shabbat at Beth Sholom Congregation and Talmud Torah in Potomac.

Rabbi Ronen Neuwirth, the group’s founder, and his wife, Penina, a law professor at Haifa and Bar Ilan universities, plan to discuss such hot-button issues as the role of women in religion and the conflict between secular and religious Jews in Israeli society.

“Beth Hillel is an amazing organization in Israel that’s doing a lot of what we see is our vision here in Potomac,” said Rabbi Nissan Antine of Beth Sholom. “They really try to reach out to all of the Jews in Israel, not just to the Orthodox. They try to build bridges between different communities and really bring a more open and nurturing Halacha to the Israeli public, which is so important today with so many secular Israelis turned off from religion.”

Speaking by phone from Israel, Neuwirth, who serves as executive director of Beit Hillel, said that news organizations such as CNN do not show the world a full picture of Israel. Consequently, Americans don’t often get to see the Jewish renewal that is taking place there.

His organization, which began two years ago and now has 200 male and female spiritual leaders, is “part of the revolution of social change” in Israel, he said. “Society is being changed.”

Beit Hillel includes women as equal members. They are allowed to speak out and write position papers, Neuwirth pointed out. Together, members work on such issues as how all citizens can serve in the IDF and how to help women obtain a Jewish divorce.

All positions taken are “within Halacha, Jewish law,” he stressed.

To demonstrate the impact of his group, Neuwirth, who serves as the rabbi at Congregation Ohel Ari in Ra’anana, said he and his members began pushing for women to say Kaddish for a loved one, and now that practice is much more common than it used to be.

“We definitely were major contributors,” he said.

He also credits his organization with allowing more women to dance while carrying a Torah on Simchat Torah.
Change is coming, he said. “It’s happening beneath the surface.”

Israel is becoming less polarized, argued Neuwirth, noting that most Israelis are interested in Judaism and are engaged with their traditions.

“At the same time, we’ve seen too many examples of Jewish extremism: rabbis going against the Supreme Court,” said the rabbi. “Instead of building bridges, they are building walls.”

Neuwirth, who served six years in the IDF as a captain in the navy’s special forces, said his organization is striving “to bring back the voice of moderate Judaism.”

Beit Hillel has “become a prominent voice” in this movement, he said, noting that once “right-wing extremists” started attacking the group’s positions, “that’s when we began being covered” by the Israeli media. “Always, in Israel, there are extreme voices, and people need to hear them, as long as other voices are heard.” 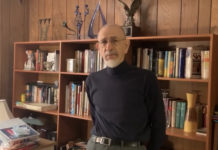 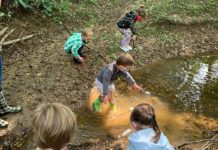 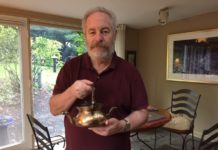