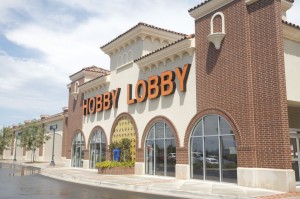 In a blow to the Patient Protection and Affordable Care Act of 2010 (ACA), the United States Supreme Court ruled this week in Burwell v. Hobby Lobby Stores Inc. that a portion of the historic health-care reform law colloquially known as “Obamacare” is unconstitutional. In a 5-4 decision, the court ruled that provisions of the law mandating for-profit corporations to provide contraception coverage through their company health-care policies or face penalties is an unconstitutional violation of the Free Exercise Clause of the First Amendment as interpreted by The Religious Freedom Restoration Act of 1993 (RFRA).

The decision, written by Justice Samuel Alito, interpreted RFRA as applying not only to nonprofit corporations, as argued by the government, but that Congress intended to protect all individuals from federal infringement on their religious beliefs without excluding businesses conducted for profit.

“The plain terms of RFRA make it perfectly clear that Congress did not discriminate in this way against men and women who wish to run their businesses as for-profit corporations in the manner required by their religious beliefs,” wrote Alito for the majority.

Argued on March 25, the case centered on privately owned, for-profit corporations whose owners profess to harbor deep religious objections to mandated coverage for contraception for their employees through their company healthcare plans. In the case, three related cases were joined, led by the largest plaintiff, Hobby Lobby, Inc.

With nearly 500 stores and more than 13,000 employees, Hobby Lobby is a national chain of arts and crafts stores operating as a closely held corporation led by David Green and his evangelical Christian family. Although Hobby Lobby is not a purveyor of religious objects, the Green family claims to operate its corporation in adherence with religious principles. The chain was joined in the suit by plaintiff Conestoga Wood Specialties, a Lancaster County, Pa.-based wood cabinet producer owned by the Hahn family, who are devout Mennonites.

Both businesses argued that their religious beliefs were being violated by the federal government’s mandate to provide some contraceptives, which they consider to be abortifacients. By refusing to cooperate with the mandate, they faced fines of as much as $1.3 million per day –a substantial burden, according to the majority.

Although some have warned that the court’s decision opens the floodgates to corporations wishing to exempt themselves from the ACA’s mandate to cover 20 contraceptive methods approved by the Food and Drug Administration, the majority opinion was careful to note that the decision applies only to closely held corporations.

Justice Alito, one of the most conservative justices on the court, was joined in the decision by Chief Justice John Roberts and Justices Clarence Thomas, Antonin Scalia and Anthony Kennedy, considered the court’s swing justice.

Finding that the Department of Health and Human Services (HHS) had already exempted religious organizations and certain nonprofits, the majority ruled that the exemption should apply to companies like Hobby Lobby and Conestoga which express sincere religious convictions.

Mark Rienzi, senior counsel for the Becket Fund for Religious Liberty and counsel for Hobby Lobby, told reporters in a conference call that this landmark decision will hopefully put a stop to the federal government trying to “crush” religious individuals for conducting economic activity based on their religious principles.

“For several years we’ve had the federal government asserting that if you open up a business and you start earning a living, you have to check your religious liberty at the door. That religious liberty is something you exercise on Saturday or Sunday morning and maybe around the dinner table with your family but it’s not something you bring out into the marketplace,” Rienzi said. “I think it’s very good for religious freedom and religious minorities across the country that in fact they still have that right to exercise religion. They have it under civil rights laws and they have it under the first amendment. So to me, that’s the biggest significance of the decision.”

All three of the court’s female justices and all three of its Jewish justices – Elena Kagan, Stephen Breyer and Ruth Bader Ginsberg – dissented. Ginsberg read her dissent from the bench, a move Supreme Court justices make when they are particularly passionate about a decision.

“A wise legal scholar famously said of the First Amendment’s Free Speech guarantee: ‘Your right to swing your arms ends just where the other [person’s] nose begins.’ The dissenters believe the same is true of the Free Exercise Clause, and that Congress meant RFRA to be interpreted in line with that principle,” Ginsberg said. “Yes, the Court’s decisions have accorded ‘special solicitude’ to religious institutions. But until today, no similar solicitude has been extended to for-profit commercial entities.”

Since much of the decision was based on the interpretation of RFRA, an act of Congress, Democratic lawmakers scrambled to make their voices heard after the opinion was announced and to try to find a solution.

“With this decision, the Supreme Court has put the health of American women at risk while opening the door for private employers who are looking for a reason not to comply with the law,” Sen. Ben Cardin (D-Md.) wrote in a statement. “Whether a woman uses contraception should be a private decision not subject to a financial veto by her employer. The Affordable Care Act guarantees the majority of women coverage for comprehensive preventive health services, including contraception. Imposing additional financial burdens on a woman because her employer claims to hold certain beliefs contrary to the law is harmful and sets a dangerous precedent.”

Jewish organizations and leaders from across the spectrum weighed in on the decision as soon as it was released. Some of these organizations wrote amicus, or “friend of the court,” briefs for this case. Some also were instrumental in lobbying for and passing RFRA, even though not in agreement with the court’s interpretation in this case.

The Orthodox Union (OU), the nation’s largest umbrella group of Orthodox congregations which was heavily involved in supporting RFRA, “applauded” the ruling.

“Today the Supreme Court actualized the fundamental purpose of the First Amendment’s guarantee of the ‘free exercise’ of religion. In essence, the Court’s ruling stands for the proposition that – even when the government seeks to implement valuable policy goals – it must do so without trampling upon the conscientious beliefs of American citizens, especially, as is the case here, when there are many other ways to meet the policy goals without infringing on religious liberty,” said Nathan Diament, the OU’s executive director of public policy.

The OU joined other Orthodox organizations, under the umbrella of the National Jewish Commission On Law And Public Affairs (COLPA), in presenting an amicus brief to the court citing halachic authorities, one of the few times in history Jewish law has been referenced in a brief for this country’s highest court.

According Nathan Lewin, lead counsel for COLPA, Orthodox Judaism treats all corporations as “partnerships,” meaning that a corporation owned by Orthodox Jews must operate in adherence to Jewish law.

Rabbi David Saperstein, director and counsel of the Religious Action Center of Reform Judaism, said: “It’s not a good day in terms of rights of women to have medical coverage on the same grounds as men do, and it is opening up a Pandora’s box of problematic religious claims from corporations that are going to exacerbate the culture wars in America.”

Asked whether the same protection offered in this ruling could be used to protect Jews also, Saperstein said that he couldn’t think of a religious Jewish reason in which a government could infringe on religion without violating the Establishment Clause of the First Amendment, such as requiring a Jewish corporation to stay open on Shabbat or close on Sunday. 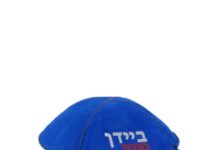 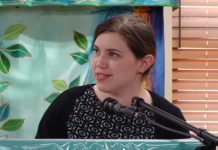