The announcement last week that HIAS, the century-old Jewish immigrant and refugee aid organization, will relocate its headquarters from New York City to Silver Spring is just another sign that the Jewish organizational universe is changing.

Once known as the Hebrew Immigrant Aid Society, the agency has responded to the end of Jewish refugee immigration into the port of New York by refocusing on refugee advocacy Washington, D.C.
In doing so, HIAS is joining an exodus of religion-based immigrant agencies, said Mark Hetfield, HIAS president and CEO.

In the Jewish community, HIAS’ shift is part of a growing trend of organizations shedding old identities when their original missions have been filled. That often includes streamlining names to avoid referring to those outdated missions. Most people already commonly refer to the Anti-Defamation League as the ADL, and years ago, the American Jewish Committee rebranded itself as the AJC, not to be confused with the American Jewish Congress.

Hetfield said that one of the motivations for the upcoming move was a belief that HIAS could have a greater impact by being closer to Congress, the State Department and other federal agencies where immigration and refugee policy is made.

Although HIAS already has a small advocacy contingent in Washington, bringing the leadership, experts and program staff to the area is intended to better assist this advocacy wing shape immigration and refugee policy, he said.

According to Charity Navigator, which gives HIAS its highest rating for transparency and accountability, 65.3 percent of the agency’s annual budget of  $25 million comes from government grants – from the State Department, the Office of Refugee Resettlement in the Department of Health and Human Services and the Office of the United Nations High Commissioner for Refugees.

Still welcoming the stranger
From its establishment in the late 19th century and throughout most of the 20th century HIAS’ primary goal was to facilitate the immigration and resettlement of Jews coming to the United States – the majority of whom were escaping persecution in Europe, Russia and later the Soviet Union.

But with the end of immigration from the former Soviet Union, during the last 20 years HIAS shifted to apply its experience in resettlement and to non-Jewish refugee communities worldwide.
HIAS says this new work is based on the biblical commandment to welcome the stranger, as well as the Jewish value of tikkun olam, or social justice.

“After doing it for our own community almost exclusively for over 120 years, we’re now in the position where we can do it for others,” said Hetfield. “We and others feel that it is important to have the Jewish community, not just the various Christian communities, taking part in refugee protection and refugee resettlement.

“It would be a tragedy, it would be a shandah [scandal] to have the Jewish community absent from refugee protection programs in the United States when every other faith community is represented,” he added.

HIAS’ expansion and rebranding included making the group’s acronym its official name. Hetfield said the word “Hebrew” is exclusionary and outdated, much as the word “colored” is to refer to African Americans.

Not only will HIAS join other refugee aid organizations in Washington, it will also compete with other Jewish organizations involved in advocacy and claiming to be the “Jewish voice” on this or that political issue. Each group is fighting to carve out a niche for itself in what some think is an oversaturated market of advocacy groups, none of which seem to close down when its job is done.

But Jewish historian and Brandies University professor Jonathan Sarna sees a cycle in the growth of American Jewish institutions.

“There are periods in American Jewish history that had a great growth in organizations, and certainly as the community grows from a quarter of a million in 1880 to a community that is going to be about 3.5 million in 1920, it’s not surprising they needed new organizations for that community,” said Sarna.

“And, of course, we’re seeing a lot of new organizations in our own day where young people who look around the world of start-ups and say ‘I want to change American Jewish life, but I don’t want to work with these great big organizations. I’m going to start something little, hopefully it will take off.’ ”

The March of Dimes goes on
The event that most recently strained the Jewish organizational world was the crash of the Bernard Madoff Ponzi scheme in 2008 at the beginning of the Great Recession. Many Jewish organizations lost significant investments with Madoff.

“Nonprofits have a way of self-preservation,” said Alan Ronkin, regional director of the Washington, D.C., office of the American Jewish Committee (AJC). “The March of Dimes was founded to cure polio. And miraculously, Dr. Jonas Salk cured polio. Now, in theory, the March of Dimes should have gone out of business, but their leadership decided that they had a great way of helping people, so they expanded their mandate to all childhood diseases, and to this day they still exist and help children.

“Sometimes you do see that nonprofits evolve to adapt to a changing world, and those that don’t, disappear. So in some ways, having the larger, sort of aircraft-carrier nonprofits that are very solid and hard to get rid of is a good thing because they have longevity and can last through times of crisis,” he added.

Ronkin sees the proliferation of aid, benevolence and advocacy organizations in the Jewish community as a sign of success and the will to use this success to help others.

But are there enough donations to keep so many of these behemoths afloat? Yes, said Ronkin. Despite the number of old and new active Jewish organizations, they are managing to raise more money than they ever have. Only, there is a change in where the money comes from and what it is for.

“We’re raising more money but from fewer people,” he said. “In the past, American Jews gave almost exclusively to Jewish organizations.

Ronkin also said that today, even though organizations are receiving more money on average, there has been a rise in designated giving: money given for specific projects or programs. This sometimes makes it harder for administrators who would traditionally allocate money within the organization to where they felt it was most needed.

With so many organizations like HIAS moving to the Washington, D.C., area and the ones already there, Sarna points to another trend – the increasing importance of Washington.

“There has been a significant migration because I think American Jews increasingly believe that they have to engage with government in order to really demonstrate power,” Sarna said. “The sense of Washington, of being where the power is, is very strong but I would say that this has something to do with the migration of power from New York to Washington nationally. Government is increasingly recognized as being big and powerful, and you gotta be there.” 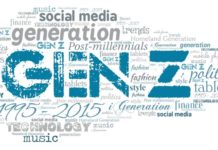