The Jewish Community Relations Council of Greater Washington and the Jewish Community Center of Northern Virginia hosted state delegates and senators representing the region in Richmond on Monday evening at the JCC’s building in Fairfax.

The JCRC gave a brief overview of its top legislative priorities for 2015 and the mostly Democratic legislators discussed the agenda items as well their own top priorities for the session.

The occasion was also a chance to formally say goodbye to Debra Gold Linick, who is moving on after serving as the JCRC’s longtime director for D.C. and Northern Virginia.

Two of the most important priorities for the JCRC are continuing “robust funding” for the Virginia-Israel Advisory Board and ensuring separation of religion and state. Other priorities include strengthening renewable energy portfolio standards and other environmental initiatives, closing the health care coverage gap and calling for a generous immigration policy.

Sen. Janet Howell (D-32) spoke first, and said she was in complete agreement with the JCRC’s agenda.

“I wholeheartedly will endorse his efforts to introduce some of those bills. We’re talking about common sense, reasonable gun safety measures,” said Plumb as the audience applauded.

Sen. Chap Peterson (D-34) said he will have some legislation on ethics reform, including a gift cap of $100. (Former Gov. Bob McDonnell was found guilty on 11 counts of corruption involving gifts and could face 10 years in prison.) He said he will also have a bill on Chesapeake Bay cleanup that would put a limit on plastic bags. He also mixed some humor into the event.

“I’m actually not Jewish. I grew up in a somewhat bizarre offshoot of Judaism called Christianity. It’s funny because to be a member of our church at some point you have to go on essentially a pilgrimage in order to be confirmed as a member and so we raised money for our church youth group to go to Jerusalem and actually make a choice whether they want to be members of our church and one of the biggest donors for our youth group is a member of this organization which I really appreciate.

“There’s a lot of love and affection there, and I have so much love when I’m in this building. I love it. It’s great to be here.” 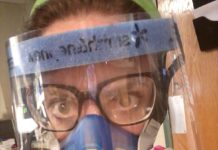 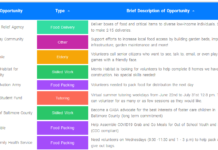