The official announcement was made at the “Latkes & Vodkas” party at their swanky downtown office on Dec. 15. Steve Rabinowitz, founder and president of the mostly progressive and Judeocentric Washington, D.C.-based political public relations firm, Rabinowitz Communications – the former Clinton White House staffer who produced the famed photograph of Israeli Prime Minister Yitzhak Rabin and PLO leader Yasser Arafat shaking hands on the White House South Lawn – would no longer be flying solo. Aaron Keyak, 29, would become his partner in a new PR company called “Bluelight Strategies.”

A native of San Francisco, Keyak received a degree in political science from Washington University in St. Louis. After coming to D.C., he quickly worked his way up to a number of important positions, including communications director – and later interim executive director – for the National Jewish Democratic Council, and most recently, communications director and senior Middle East policy advisor for Jewish Rep. Jerry Nadler (D-N.Y.), who represents one of the most heavily Jewish districts in the country. He previously served in a similar role with Rep. Steve Rothman (D-N.J.).

According to Keyak, the idea for the partnership arose out of the successful working relationship he and Rabinowitz enjoyed during the 2012 presidential election, when the two collaborated on a venture they called the “Hub,” an effort aimed to organize Jewish voters for Democratic candidates.

Keyak is Modern Orthodox, and is a long-time member of Kesher Israel Congregation. He recently spoke to WJW about his new job, his time on Capitol Hill, and life as a professional PR consultant.

What will be your job at Bluelight Strategies?

Working with Steve and the rest of the team, as the managing director, to run the firm and serve the interests of our clients.

Other than adding you to the team, will the work of Bluelight Strategies be different from Rabinowitz Communications? How?

Steve and I will bring the same sort of aggressiveness, timeliness, and relevance that we brought when we worked together on “the Hub” to our work at Bluelight. Regardless of the issues we’re working on or which clients we’re fighting for, any successful messaging or media campaign will need a strong rapid response component and unrelenting messaging, much like we did successfully at the Hub.

What made you decide to take this job?

It was hard to leave the Hill, but I found that in working with Steve, we will be able to fight for the same sort of change that we were fighting for on the Hill. Steve is a giant in our field and I’m excited to get to work with him and our clients.

What do you miss most about your job for Rep. Nadler?
Congressman Nadler is a true champion for the values I care most about. Ranging from a woman’s right to choose and the fight for LGBT rights to strengthening the U.S.-Israel relationship and fighting anti-Semitism, there is no one who is a greater champion for these issues. It was an honor to work with Congressman Nadler and his staff and, while I’m very excited about this new opportunity, I will certainly miss working alongside him and them.

How did you get into PR strategy?

PR strategy is essential to achieving change and executing any successful campaign. Even if one were to have the perfectly crafted piece of legislation or the most motivated grassroots, it all amounts to little if you can’t communicate what that means or rally support with the relevant stakeholders. If you can’t get your message across to the right people, you can’t move forward in a meaningful way.

I have found that the best way to learn about messaging, media, and events, was to learn by doing. While I have studied PR by reading books and in the classroom, there’s nothing that replaces the experience of being in the middle of a crisis or helping a reporter do their job on a tight deadline.

What was your most memorable experience as a congressional staffer?

My most memorable experience working for Congressman Jerry Nadler was watching change happen. Congressman Nadler was on the tip of the spear for a number of issues and there are too many moments to list, but they include combating anti-Semitism through a resolution that passed the House unanimously, and influencing the Supreme Court and legislative agenda surrounding the discrimination of pregnant workers (Pregnancy Discrimination Act), marriage equality (Respect for Marriage Act), and a woman’s right to choose (“Not My Boss’ Business” Bill), among many, many others.

You Should Know… Elliot Bromberg 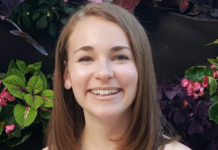 You Should Know… Alexis Bentz 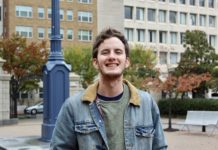 You Should Know… Ethan Shuchart