It was during Zoey Fox-Snider’s sophomore year that a gunman entered her campus at Marjory Stoneman Douglas High School here.

The 17-year-old remembers the fire alarm going off and rushing toward the exit with her friends, but then being told to go back in.

Suddenly she heard gunshots. Fox-Snider ended up taking shelter in the school’s media center, where she hid in a closet for 2 1/2 hours with classmates. She escaped unharmed, but the gunman killed 14 students and three teachers before fleeing in one of America’s deadliest school shootings.

The semester of the shooting went relatively well for Fox-Snider, as teachers gave little homework. But the following year, as classes returned to normal, she found it difficult to cope. Loud noises sent her into a panic, and she worried that another shooting would take place.

“It was just overwhelming,” Fox-Snider recently told the Jewish Telegraphic Agency at a coffee shop near her old high school in this quiet Fort Lauderdale suburb highly regarded for its school system. “It was just constantly in my brain.” 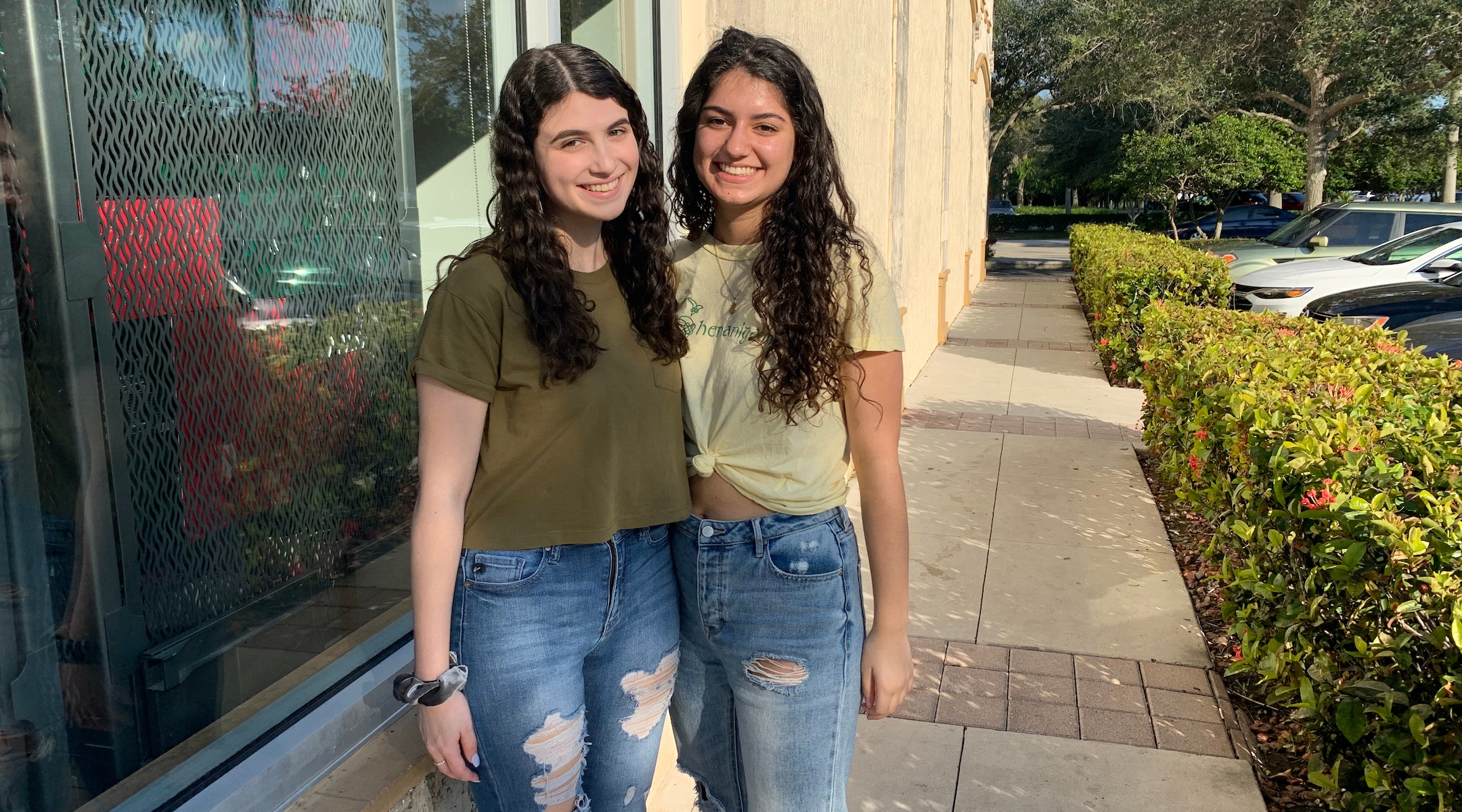 That experience is one shared by many other members of Parkland’s Jewish community, according to Rabbi Bradd Boxman of Congregation Kol Tikvah, the Reform synagogue where Fox-Snider is a member. Five of the 17 victims were Jewish and Boxman performed funerals for two of them.

The synagogue is holding memorial services on Friday, which marks two years since the shooting.

“You live your days normally, and out of nowhere you’re just taken back to that horrific day and that of course forces you to confront it,” Boxman said. “I think that’s where a lot of people are. They’ve been able to move forward, but kind of with an anchor around your ankle knowing you can never get too far from it.”

Coupled with the October 2018 shooting at the Tree of Life synagogue in Pittsburgh, the Parkland shooting has changed the mood within Parkland’s substantial Jewish community, one of the largest in the area.

“Now you cannot walk into our building without an armed security guard there,” said Gold, who served as a chaplain at a nearby hospital after the Parkland shooting and counseled the families of victims.

Despite the security improvements, Boxman said, the feeling of safety remains elusive.

“It’s a constant sense of vigilance to figure out what’s the best way to make ourselves feel a little more protected, knowing that nothing is failsafe,” he said. “I think it’s extra, not because we feel more targeted, but because we lived through it we’re much more sensitized to knowing how random stuff like that could be.”

The high school shooting propelled Parkland and its residents into the national spotlight. Some students and parents of victims went on to become prominent activists, lobbying lawmakers for gun reform and organizing protests and walkouts across the country.

Among them are Fred Guttenberg and Andrew Pollack, two Jewish fathers who each lost a daughter in the shooting. The two men went on to become prominent activists on different sides of the political aisle.

Guttenberg supports gun reform and has endorsed Democratic politicians. Recently he was escorted out of the State of the Union address after yelling out in protest when President Donald Trump spoke about gun rights.

Speaking to JTA in 2018, both said that while they won’t stop their activism anytime soon, it doesn’t help heal the pain of losing their daughters.

For survivors of the shooting, too, the tragedy continues to linger.

Rabbi Melissa Zalkin Stollman, who recently left her job as director of lifelong learning at Congregation Kol Tikvah for a position with the Union for Reform Judaism, said she worked with teens who opted for online classes or homeschooling due to the trauma from the shooting.

“Many students still cannot make it through a full day of school there,” she said. “That part of it is really sad actually, that you can’t feel safe in your own schools.”

Fox-Snider is one of them. After talking with her guidance counselor and parents, she decided to take classes her senior year at a local community college so she would not have to be surrounded by constant reminders of the shooting.

The change has helped her anxiety, she said, but Fox-Snider is looking forward to attending college “as far away as possible” once she graduates this spring.

“I need a change of scene. I need to be somewhere where I’m not constantly reminded of everything that happened,” she said.

Her classmate Talia Rumsky said she, too, has thought about going far away for college to start anew. But she also worries about not being surrounded by others who can relate to her experience.

“Some days are harder than others to deal with what happened,” Rumsky said, “and having other people who went through the same thing to talk about it is important to me.”