On Passover, Lynne Sandler will be passing on the beans and rice.

Sandler, a member of Conservative Agudas Achim Congregation in Alexandria, said she won’t take advantage of her movement’s ruling in November that permits eating a category of food called kitniyot that includes rice, beans and other legumes.

These foods have always been eaten by Sephardi Jews, but they were banned by Ashkenazi rabbis in the 1200s.

“We won’t be doing anything different this year,” Sandler said. “We’ve lived our lives without it.”

But with many Jews complaining about the high cost of eating during the week of Passover and the lack of healthy packaged foods, dispensing with a custom whose roots in Jewish law are relatively recent when compared to the much-older Mishnah and Talmud, may provide relief for families, said Rabbi Susan Grossman of Beth Shalom Congregation in Columbia, a member of the Conservative movement’s Committee on Jewish Laws and Standards which made the ruling.

“The cost of everything is greater on Passover,” she said. “The ruling helps relieve that burden” by expanding the number of foods that may appear on a Passover menu.

The committee’s ruling referred to the “extremely inflated cost of products under Pesach supervision.

Were kitniyot to be permitted, beans and rice could be served with vegetables and dairy to largely supplant the demand for other packaged products and more expensive sources of protein for those who chose to do so, an option that is significantly limited, today.”

“There are also health issues,” Grossman added. “Passover foods are high in fat and cholesterol.” A less restrictive diet would help those with heart disease, Crohn’s disease or colitis, she said. “And meat is expensive and environmentally questionable in bulk.”

In addition to the financial and health aspects of lifting the ban on kitniyot, the Conservative movement ruling addressed two other issues.

One is an interest in uniting the Jewish people. “In Israel, we’re seeing a coming together of Ashkenazi and Sephardi traditions,” Grossman said. “Pesachdik in Israel includes kitniyot.” The Conservative movement in Israel has permitted eating kitniyot since 1989.

The other interest is to throw light on the reason for the tradition itself. The Torah mentions five types of grain that can become leavened, or chametz, if they remain in water for more than 18 minutes: wheat, barley, rye, oats and spelt. These grains are banned on Passover, except as matzah.

But why are kitniyot — rice, millet, beans, lentils and the like — banned, since they cannot become chametz?

A number of reasons arose in Ashkenazi communities in the 1200s. One is that rice and legumes are sometimes mixed with wheat, so to avoid an accidental mixture, they prohibited kitniyot. “Another,” wrote Rabbi David Golinkin, a Conservative authority in Israel, “is if we allow kitniyot porridge, we will eat grain porridge because both are cooked in a pot.” And if rice or bean flour can be baked into bread, someone might mistakenly think that it is all right to eat bread on Passover made from wheat or rye flour.

“None of these reasons appear cogent, however, in the present age when we purchase our flours, rice and beans in discrete packages, well-marked as to their content, under governmental supervision,” according to the Conservative ruling. “In such a marketplace there should be no concern of confusing a permission of kitniyot with one of grains and it should be eminently possible to prohibit one while permitting the other.”

“But you have to consult a rabbi to make sure you’re eating kitniyot and not chametz,” he said.

“Our daughter is a vegetarian, so we’re familiar with her eating kitniyot and using our Pesach utensils.”
Eating kitniyot on dishes and utensils does not make them — or the house — not kosher for Passover, he said.

In its ruling, the committee also pointed to “our inclination in our day to present an accessible Judaism unencumbered by unneeded prohibitions [and] more easily able to participate in the culture that surrounds us.” But the ruling may make things look a lot less restrictive than they actually are.

“My concern is that people will take this as permission to buy anything off the shelf, look at the ingredients, say that it looks OK and eat it,” Arian said. “But practically no processed kitniyot products are certified.”

“You can’t just go out and get a can of beans, unless it says ‘kosher for Passover,’” Grossman added.
A bag of rice, for example, needs to be checked for chametz before the holiday begins. “I can’t imagine us actually doing that,” Arian said.

Sandler said that when she lived in Israel, she used to spread rice out on a piece of paper to remove stones. “I don’t know if I could even find chametz in it. It’s not worth the hassle. We can live without it for a week.”

Sharon Samber, a member of Adas Israel Congregation in Washington, welcomed the loosening of the strict kitniyot rules.

“It makes life easier, and you need as much of that as you can on Passover,” she said.

The focus on the minutiae of the holiday often comes at the expense of Passover’s larger meaning, she said. “I hope this helps us focus on the more meaningful parts of Passover — discussing what it means to be free and who isn’t free today.”

And even though the custom to not eat kitniyot only goes about back 800 years — “That’s not so long ago for us,” Grossman said — traditions die hard.

“I will probably stick to tradition,” said Marcie Lerner, a member of Kehilat Shalom.

“Just like there are traditional Torah-mandated foods for Passover, there are familial and traditional foods that help keep heritage and memories alive. Also, old habits die hard.”

For now, memory may be the biggest barrier to bringing kitniyot back to the table.

“Look, if I don’t have those jelly fruit slices, it’s not Pesach,” Arian said. “The rest of the year they’re disgusting. So I can’t imagine sitting down with corn on the cob, but someone else might.”

The ruling opens up a number of possibilities, Grossman said. Some families will have their seder as they always did, but take advantage of the new options during the week.

“Other people are looking up Sephardi dishes for their seder.”

Arian said Kehilat Shalom will not serve kitniyot “because there is no pressing reason.” The only food served during the holiday will be at the second-night seder and at Shabbat kiddushim. The fact that not everyone who attends will be kitniyot consumers means customary fare will satisfy the most people.

“Just because you have permission, that doesn’t mean you’re a sinner if you don’t take advantage of it,” he said. “If you’re not comfortable eating kitniyot, don’t eat kitniyot.” 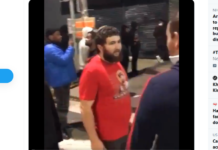 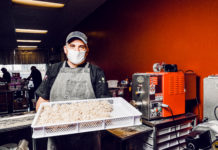 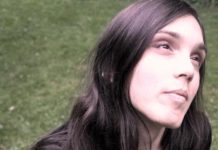