Gregory and Laurie Wood of Silver Spring and Shim and Debbie Kurtz of Silver Spring announce the engagement of their children Robert Sherman-Wood to Danielle Kurtz.  Danielle has been working as an autism specialist, and is in her last year of earning a master’s degree in museum studies at Johns Hopkins University. Robert left for Israel after graduation to study at Shapell’s Darche Noam Yeshiva in Jerusalem. He is serving in the Israel Defense Forces and is due to return to Maryland in October. A November wedding is planned. 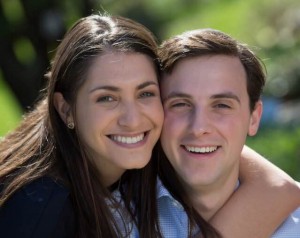 Becky and Ted Schumacher are pleased to announce the engagement of their daughter, Ali, to Justin Dekelbaum, son of Sharon and Larry Dekelbaum of Potomac. Ali and Justin are graduates of the University of Maryland. A late summer wedding is planned and the couple will reside in Washington. 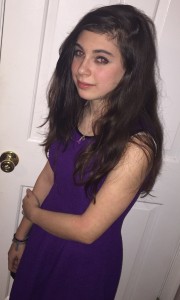 Samantha Weston, daughter of Jim and Debra Weston, was called to the Torah on June 4, at B’nai Shalom of Olney. Joining in the simcha was her older brother, Zach, an architectural student at Cal Poly in Pomona, Calif., as well as grandparents David and Sandi Schwartz of Boca Raton, Fla., and Bill and Marcia Weston from San Diego, Calif. Samantha is a seventh-grade honors student at Neelsville Middle School in Germantown.