Finding a soulmate wasn’t the first thing on Blake Yospa and Rachel Leeds’ minds in 2014 as they began a year with the Masa Israel Teaching Fellows program in Rishon LeZion, Israel. But as the spring of 2015 rolled around and the program was wrapping up, a romance began to blossom when Yospa asked Leeds for some much-needed practical advice.

“I needed to get some alone time with her to tell how I felt, so I asked for some help picking out some gifts for my sister and my mom,” he said last week. “And I told her how I felt, and she smiled and told me how she felt, and we’ve been dating ever since.”

Yospa and Leeds had spent the year together as aides in a classroom of third through fifth graders who were learning English. In the beginning they worked on projects together in a friendly, collegial setting, but that’s all it was.

“As time went on I slowly developed feelings for her,” recalled Yospa, 28.

He didn’t want to mess up the work relationship and would drop subtle hints like, “If you’re going to the beach, I’ll come,” but she never understood, he said.

“He would just text me these funny different things, and I wouldn’t respond,” Leeds said. “I was just not interested. Like, altogether it was like a work relationship.”

Leeds, 26, said when she first met Yospa, she thought he was “loud and obnoxious,” but in a fun way.
“He was very different in terms of being way more outgoing than I am,” she said. “I’m more in the background. So I was like, ‘he’s just trying to be all funny.’”

It was Yospa’s gift shopping trip at the end of the program that convinced Leeds to stop ignoring the aroma of romance after nine months of working together.

Shortly after that, they talked about their plans back in the States. She was set to begin teaching fourth grade at KIPP DC Promise Academy, a charter school. He was headed back to his native Baltimore to look for a job; two weeks after arriving he landed a position as an operations assistant with the Washington Redskins. They have been dating ever since.

To celebrate the one-year anniversary of their relationship, Yospa and Leeds had dinner at Union Market on July 24.

“We’re foodies and not big drinkers,” Yospa said. “She’s a wine drinker and I like classic cocktails. So we like to treat ourselves to a nice dinner now and again.”

They also printed a map of Israel and marked the coordinates of the spot where they first met.

Perhaps it was by chance that Leeds, an early childhood education major at Wittenberg University in Springfield, Ohio, met Yospa, a sports management major at Towson University. But a love for public service and a desire to connect with the Jewish state brought them together. 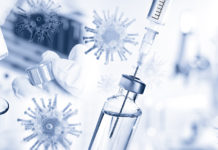 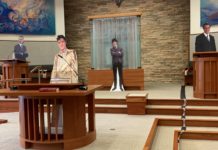