While there are many enthusiastic teens around the country looking to change the world, there are few teens quite like Katie Hamelburg. The Charles E. Smith Jewish Day School graduate is currently the United Synagogue Youth International Social Action/ Tikun Olam vice president and has been involved with the organization since the sixth grade. She has been responsible for several regional and international projects, the most recent one being “Operation 18,000.”

The goal of Operation 18,000 is simple: USYers from around the country volunteer for any organization or cause they are passionate about, and then log the hours in an online database along with where they volunteered and their basic information.

While Hamelburg and social action chair Rebecca Pearl were brainstorming ideas for a new project, she thought about emphasizing volunteering in the movement and what could make the biggest impact.

“Often when someone volunteers, you do it for a few hours and that’s fabulous, but then you forget about it. This is a way to show what USYers are doing around the country and have them see the impact of their volunteering,” said Hamelburg.

For the rest of Hamelburg’s yearlong term as VP, the focus will be on other projects and raising money for the USY Social Action charity fund Tikun Olam.

“Tikun Olam in Hebrew literally means to repair the world, a value a lot of Jews have. In our movement we have taken that as one of the reasons to change the world,” said Hamelburg.

Whenever different chapters of USY raise money through fundraisers put on throughout the year, the money is given to Tikun Olam. In October there is an allocation meeting to decide what to do with the money raised. According to Hamelburg, they usually allocate hundreds of thousands of dollars to more than 70 organizations.

“The meeting is done through a Conservative Jewish lens, and we usually partner with Jewish organizations in America or in Israel. However, there are several other causes some of the money goes to that participants are just passionate about,” she said.

Hamelburg will be a student at the University of Maryland in College Park this year, where she will balance schoolwork and her VP duties until her term is up in December. That doesn’t mean it will be the end of her work with USY.

“A lot of staff and advisers are USY alumni, which is definitely something I would see myself being active in as I get older,” she said.

While Hamelburg may be particularly involved in USY Social Action because of her position, she said she does not see a lack of enthusiasm among anyone who participates.

“Seeing people be enthusiastic about things that I’m passionate about as well is what inspires me. That’s why I got involved in the first place, seeing the older kids be so into what they are doing and making a difference,” she said. “And the hope for the future is that more and more people will begin to be passionate about being Jewish and their role in social action.” 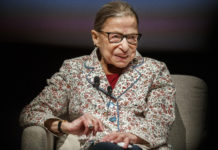 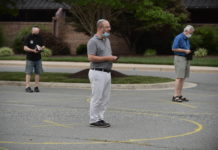 The Book of Ruth | by Nathan Lewin