Israel’s economy hummed along in 2016 with an impressive estimated economic growth rate of 3.5 percent.

Unfortunately, “this year has been an outlier,” said Avi Weiss, executive director of the Jerusalem-based Taub Center for Social Policy, a non-partisan, socio-economic think-tank.

Israel’s economy has been growing slowly in the 2010s and the country’s endemic problems — notably high housing costs and high rates of poverty — will continue to plague it in 2017. But the good news for Israelis is that more American dollars might be on the way, despite the international boycott, divestment and sanctions movement against the Israeli economy.

Those are two of the predictions that economic experts make for 2017.

One in every five Israelis lives below the poverty line, Weiss said.

Compare that to other similarly developed countries, in which one in every nine or 10 people live in poverty, according to the Organization for Economic Cooperation and Development, which measures the economic standings of different countries.

While the Israeli government has established a committee to address the country’s poverty, it is fighting an uphill battle, according to Weiss.

The haredi Orthodox and Arab populations account for more than half of those living in poverty, he said. Both groups have large families with only one parent working.

“It’s unlikely Israel will attain its goal” of hitting the OECD average of one in roughly 10 people in 2017, Weiss said, because “poverty is measured per person. If you have a large family, you divide [the wages among the] kids.”

Israel has an edge over the boycott, divestment and sanctions movement.

Despite activism by pro-BDS groups in the United States, the movement is of “very little” concern for Israel in 2017, said Dany Bahar, of the Washington-based Brookings Institution.

Bahar said Israel exports goods such as medical equipment, pharmaceuticals and electronics. These are goods that people need regardless of political arena.

He compared the modern BDS movement to the one waged against South Africa in the 1980s. He explained the difference is the goods South Africa exported — such as fruit — were easily substituted.
Pro-Israel investors will stop accidentally divesting from Israel.

In 2010, Israel was promoted from an emerging to a developed market for global indexes, said Joe Levin, chief investment strategist of BlueStar Indexes, which builds and maintains indexes of Israel’s market.

“Israel went from being a big fish in a small pond to a small fish in a big pond,” said Levin.
He added the problem was exaggerated by the fact that a third of Israeli companies are not classified as Israeli in global indexes.

This caused some pro-Israel organizations to divest from Israel accidentally to mirror indexes.

Levin predicts that in 2017, investors, such as board members at Jewish federations, will become savvy to this and begin asking more questions about their portfolios, and how accurately their dollars reflect their stated mission.

Levin said: “How much Israel is in our portfolio? What exposure do we have in companies that are against [our] values? What message do our investments say about the values of our community?”

BlueStar has already addressed these questions with more than a dozen federations and is continuing to do so with others.

Despite government efforts, the cost of housing will not drop.

The majority of the country’s land is owned by the Israel Land Authority, and in the past decade the authority cut back the amount of land it releases for public use, Weiss said.

To address the problem, the government passed a law taxing individuals who own three or more apartments.

But Bahar predicts even if those who are taxed put their apartments on the market — which is not guaranteed — the country as a whole will only see a minimal return.

Why? Because of Israel’s 8 million citizens, it is estimated only 50,000 will be taxed. 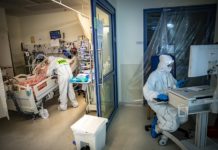 More Israelis have died of COVID-19 than from terror attacks. Why? 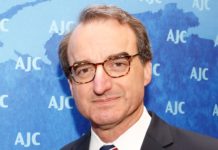 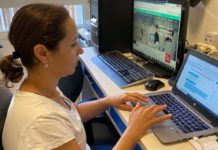