Last month, Susan Sloan returned from Antarctica, and with that fulfilled her quest to visit all seven continents by the time she was 30. When she isn’t using her frequent flyer miles, the Atlanta native, who turned 30 last May, is assistant regional director of AJC Washington.

So what is there to do in Antarctica this time of year?

It’s summer, so it was in the 30s. You look at whales. You see the penguins. You walk through penguin… stuff. There’s hiking.

It depends on the weather. The weather changes rapidly. One hour it could be sleeting, snowing with turbulent waters so you can’t disembark from the boat that you’re staying on. The next minute it’s completely calm and you can do a landing.

That picture of you. The clouds and icebergs. It looks powerful.

It’s majestic. It’s such a vast space. Much of Antarctica is uninhabited. It’s this international territory owned by no one except for the animals and creatures that live there. But it’s really beautiful to see something without humans on it. Out of all the continents I’ve been to, it was really something.

How long were you there?

The trip was around 2 ½ weeks. I traveled with my mother. She was the only one willing to go on this last adventure with me. We flew to Buenos Aires. Then took a flight down to Ushuaia] which is [the capital of] Tierra del Fuego, the southern-most tip of Argentina. And then we got on board a French ship and went through the Drake Passage which on the way down there supposedly was very light. I got really seasick. It was awful for me.

Then we landed, which means you hit the border of the territory. You can’t stay on Antarctica unless you’re a researcher.

On the way back, it was 16-foot-high swells and 80-miles-per-hour wind, and I did not get sick. So there you go.

At what point did you decide you were going to visit all the continents before you were 30?

Somewhere in my 20s. I started traveling when I was a little girl. My family’s first international trip was to Austria. I was fascinated by the different people, language, culture. In college I studied abroad every summer. The first summer I went backpacking in Australia. The next summer I stayed with my best friend in Italy.

So far you’d been in two continents, plus North America.

The summer before my senior year I studied Latin American literature in Costa Rica and lived in an eco-farm. And as I transitioned into working after college, I took a trip to India. That opened up my whole world.

Does traveling change how you think about things?

When I was in India, there was such disparity between wealth and poverty and how people lived. And yet people smiled. There was this sense in the culture that it was a friendly outlook on life. I remember the contrast when I flew back to the United States, and I landed in New York at JFK, and the first thing I did was kiss the ground because I was happy to be home. But I looked up and everyone had this frown on their face. No one was smiling. And granted we landed in New York…

…And it’s the airport…

…But no one had a smile on their face, yet we have so much here. It was probably after that trip in my 20s that I knew I needed to see all of the world as much as I could.

It sounds like at that point you’d pretty much done it. Africa. You left out Africa.

I did Africa with my fiancé last October. He planned it. We went to South Africa, Botswana and Zambia. We did safari. We did wine tours. I swam in the Devil’s Pool at Victoria Falls. That was exhilarating. What was fascinating about visiting Africa is it’s this land of animals. And seeing animals in their natural habitat and not in a zoo — you are the outsider. You’re the one who has to be quiet and not moving.

And having elephants come right up to your jeep. Zebras run across your lawn in the morning. Monkeys trying to go through your things.

So now that you’ve done this, how do you feel? What does it mean?

This experience made me realize that the world is a vast place and yet so small. In every culture I’ve seen, there are so many similarities. We are all similar to one another. If we can all realize that, the world would be a much better place. It also made me realize the mass of humanity and the effect we have on our earth. Seeing trash piled up in India to photos of whales with plastic bags in their stomach and dying. Everything we do really affects our earth.

I’m going to name a continent, and you say the first thing that comes into your head.

What are the downsides of traveling?

People always think, when I have the time I don’t have the money, and when I have the money I don’t have the time. And for young professionals, they don’t have either. So figuring out how to travel and then to do it, how to use the points strategy, which credit cards to get to do that, you can really do something special. My fiancé got us on first class tickets all the way to Africa, round trip, all through points. It was a luxury experience and I couldn’t believe people actually travel like this — they paid three grand for a seat.

I think the downside of traveling is sometimes you don’t want to come back. 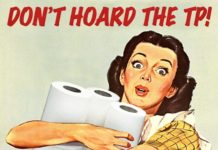