The other day I was asked by a mother to explain to her 12-year-old daughter, who was putting up a fight every night about practicing her haftarah, why it is important to have a bat mitzvah. She wanted my answer to the “Why be Jewish?” question in a sound bite that would miraculously rectify 12 years of an insufficient Jewish educational background.

I prefer to rephrase the question as, “Why do Jewish?” Asking of Jews, “Why be Jewish?” is akin to asking a horse, “Why be a horse?” It makes no sense. Also, the most important thing in Judaism is not beliefs, but action — the performance of mitzvot (commandments).

So here’s my answer to, “Why do Jewish?”

Judaism provides a divinely given value system to live by, and the best way for Jews to have a relationship with God.

Let’s delve into my answer.

Other religions have borrowed many of these concepts from us, but there is a uniquely Jewish way to understand and to concretize each of these values.

The second part of my answer — “Judaism provides the best way for a Jew to have a relationship with God” — that “way” is through doing mitzvot, which comes from the Hebrew word for “connection.”

Contrary to what one may have ingrained from their parents, mitzvot are not a burden nor an all-or-nothing system; they are an opportunity and a privilege. Every mitzvah a Jew does brings more goodness into the world, strengthens one’s relationship with God, and has eternal value.

Of these 77 positive mitzvot, five of the most well-known daily ones include: putting on tefillin, saying the Shema every morning and evening, learning Torah every morning and evening, giving tzedakah and keeping kosher. Two of the most important weekly mitzvot are lighting Shabbat candles (18 minutes before sundown on Friday) and reciting Kiddush, the special blessing over a cup of wine or grape juice on Friday night.

If a Jew wants to make a positive contribution to the world, the first place to start is by taking steps to work on living according to Jewish values and doing mitzvot.

Every value a Jew concretizes into action by doing a mitzvah, she or he is having a positive effect on the world and deepens his or her relationship with God.

Rabbi Noah Weinberg, of blessed memory, used to teach the maxim: “Judaism is for our pleasure,” but one can only experience how it enhances one’s life and imbues it with pleasure if one does Jewish. So do Jewish. Try it. You’ll like it.

Rabbi Joel E. Hoffman is a science and special education teacher at an alternative high school in Massachusetts. 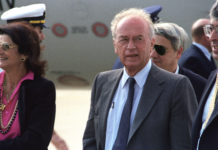 Rabin’s legacy was complex and nuanced 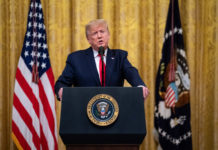 Trump’s record is longer than the UAE-Bahrain agreement