As the newly minted vice president for membership/Kadima of the USY board, Ilan Cohen’s top assignment is getting young Conservative Jews involved with the organization and keeping them interested.

“A lot of really important relationships are built in middle school,” said the 17-year-old junior at Charles E. Smith Jewish Day School. “How do we make sure these kids are coming into USY with that energy and passion and engagement?”

Ilan, of Bethesda, was elected Dec. 26 to USY’s International Executive Board at the organization’s annual convention in Chicago. Kadima is the United Synagogue for Conservative Judaism’s program for middle schoolers.

He said the gathering of more than 700 students was the typical mix of fun and service. Ilan went with a group to serve hot Christmas meals at a local soup kitchen, reconnected with USY friends and took in a Matisyahu concert. (“That was really cool,” he said.)

“People really spend 360 days of the year waiting for these five days,” he said about the convention. “All this excitement and energy coming together in this space — words can’t entirely describe being there.”

But on Dec. 26, Ilan got down to business, winning one of six international board spots unopposed. He said the board hasn’t yet developed plans for the organization’s next year — those will be largely hashed out during their Shabbat retreat at the international director’s house in New Jersey in the coming weeks.

Ilan didn’t get involved with the United Synagogue for Conservative Judaism’s youth arm until the eighth grade. He said it was the older students he met through the organization that encouraged him to stick with it in high school.

In 2015, as a ninth grader, he attended the international convention in Baltimore and was hooked.

“When you see the full power of USY, it’s an incredibly inspiring experience,” he said.

As a vice president for membership, he isn’t focused exclusively on raw numbers.

“It’s about people,” he said. “We’re engaging with people here and internationally and working one-on-one with people, building those relationships.”

The post will add to an already busy schedule. At school, Ilan is on the debate team and is an editor of the student newspaper. He’s also involved with J Street U, and his family attends Adas Israel Congregation in Washington.
Ilan sees college in his future. For now, though, he’s looking forward to getting started in his new role.

“I’ve got this incredible and exciting year ahead of me,” he said. 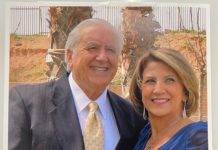