For a while in 2016, businessman David Trone became a household name in Montgomery County, blanketing the area with radio ads, robocalls and campaign signs proclaiming his candidacy in the Democratic primary race for Maryland’s 8th Congressional District. He spent $13 million of his own money. He lost.

Now Trone, co-owner of Total Wine & More, is back. This time the 62-year old Potomac resident has set his sights on the 6th Congressional District seat being vacated by Rep. John Delaney, a Democrat who has his eye on the White House in 2020.

Trone is one of six Democrats — so far — in the June primary. The others are Andrew Duck, a manager for an energy research company; pediatrician Nadia Hashimi; aerospace executive Christopher Hearsey, state Sen. Roger Manno (District 19) and state Del. Aruna Miller (District 15).

Trone is the same confident entrepreneur that he was two years ago. But the experiences of losing the primary, followed nine months later by losing his nephew Ian Trone to opioid addiction has given him pause this time around.

Trone spoke openly about those lessons over coffee recently at the Tally Ho Restaurant in Potomac Village.

He said that a key mistake he made last time, when then-state Sen. Jamie Raskin won the primary and went on to win the seat, was entering the contest late: He started in February for the April primary. Trone opened his current campaign last August, 10 months before the upcoming primary.

Then there’s the self-financing aspect.

“A mistake I made last time was that I didn’t raise any money,” he said. “This time we are raising money, and we’re focused on the $25 checks” to attract a broader spectrum of voters to his candidacy.

Trone did not apologize for promoting himself, as, after all, it is a political campaign.

The robocalls, he said, are necessary for reaching thousands of voters.

“I’m not a big fan of robocalls either. And we don’t call people on the do-not-call list, that’s for sure,” he said. “But robocalls are a way that you can touch a lot of folks and say, ‘Hey, here’s a [campaign] event.’ If there’s an opioid discussion event, we’d like folks to come to it, so it’s just about getting people some knowledge.”

This month, Trone began conducting a series of town halls on the opioid crisis throughout the district, which extends from northwestern Montgomery County out to the far reaches of western Maryland. He calls the epidemic, the “biggest issue that can’t wait.”

Opioids caused more than 3,300 deaths in the state between January 2016 and September 2017, according to the Maryland Department of Health.

“Every day something changes,” he said. “You know what changes? People die. Every day people are dying. Roads aren’t built, more jobs aren’t created. All those will happen. But the price that we pay isn’t the same price that over 200 folks every day pay with their life.”

The day after Christmas 2016, Trone learned that his nephew, who was living in a halfway house in North Carolina, had relapsed and taken a shot of heroin laced with the powerful synthetic narcotic fentanyl. Ian Trone died Dec. 31.

“I worked with him for five years in 28-day [drug treatment] programs, halfway houses, trying to find jobs,” Trone said. “Ian was clean his last 36 months. He was on his way to winning. He had the best therapist, the best 28-day program.”

Trone has since created a campaign ad that features a collage of photos of Ian, combined with short messages asking Congress to declare the opioid crisis a “national, fully funded emergency,” to open more treatment centers and require insurance companies to pay for treatment. 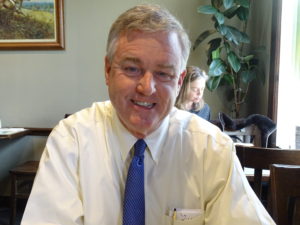 Trone said his other priorities in office will include criminal justice reform, improving transportation and campaign finance changes. He said he supports a two-state solution for Israelis and Palestinians, and opposes the boycott, divestment and sanctions movement against Israel. He said he has made a point of importing several wines from the Golan Heights among the Israeli wines available at his stores.

Trone said that he supports Sens. Ben Cardin (D-Md.) and Rob Portman’s (R-Ohio) bill levying penalties against American companies that comply with a boycott of Israel sanctioned by another country or an intergovernmental organization. But the bill, he said, is “not perfect”’ and he, like the American Civil Liberties Union, which he regularly donates to, wants to make sure it does not infringe on free speech.

“We’ve got to figure out how to get the language right to protect people’s civil rights and also stop BDS,” he said.

On Feb. 21, Trone was scheduled to begin a private, five-day educational trip to Israel with the travel agency Israel Seminar.

The trip, which he is paying for himself, is focusing on the history of the Israeli-Palestinian conflict and other issues in the Middle East. He last visited Israel, Gaza and the Golan Heights in 1999 with the Associated: Jewish Community Federation of Baltimore. That trip included a question-and-answer session with Palestinian leader Yasser Arafat.

Trone, who is Lutheran, has Jewish bona fides beyond the Israeli and kosher wines on his stores’ shelves and a 2016 award from the Anti-Defamation League. His wife, June, and the couple’s four children are Jewish, and they have been members of Temple Beth Ami, Reform congregation in Rockville, for 20 years.

“He’s a very successful businessman,” said Rabbi Jack Luxemburg, the congregation’s rabbi emeritus, who has had a long, close personal relationship with Trone and talks with him at least once a month. “He’s given the congregation vast insights about how to help sustain our congregation on sound and financial footing.”

He said Trone has what people often consider Jewish values, is a good community leader and supports Israel.

“Given his business success and his ethical and moral sensibilities, I think he’s a great candidate and would be an outstanding congressperson,” Luxemburg said.

And he doesn’t think Trone should apologize for too many signs, either.

“I suppose one of the motivations was to get his name out there,” Luxemburg said. “Was he assertive? I think he had to be assertive. He’s a person of substance, but you have to let people know that.”

If elected, Trone said he will visit the 110 congressional districts where he has a store. The importance of that is to get out of the Washington area to get to know House members away from the Washington political atmosphere. 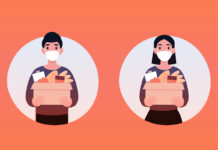