Eighty-three percent of American Jews say abortion should be legal in all or most cases, the Pew Research Forum found. And yet, women’s reproductive health care is under attack like never before — and women’s lives hang in the balance.

The torrent of abortion bans raging through our country’s statehouses and eroding women’s reproductive freedom is pointing toward a new showdown on Roe v. Wade. This year alone, nearly 30 bans on abortion have been introduced, passed or signed into law.

Alabama has outlawed abortion at any stage of pregnancy — including for victims of rape and incest — and criminalized the procedure for doctors. In Alabama, doctors who perform abortions could actually serve more prison time than men who commit rape and incest.

Georgia’s new abortion law has made the procedure illegal as early as six weeks — before many women even know that they are pregnant — and has further implications suggesting that women could be investigated for having a miscarriage. The Texas legislature has even considered a bill that would threaten women with the death penalty for having an abortion.

These laws are moving forward at breakneck speed, designed to ultimately reverse Roe v. Wade in the Supreme Court. It will deprive women of the fundamental human right to autonomy, but it will not end abortions. Instead, the procedure will become more dangerous and expensive, particularly for low-income women, women of color and rural women.

Our foremothers would be devastated to see where we still are today — on the brink of losing so much. Decades of challenges and economically prohibitive barriers to abortion access have escalated to a draconian assault on women’s constitutional rights.

Jewish women have always been deeply involved in the feminist movement and pursuit of reproductive self-determination, from Heather Booth to Bella Abzug and Gloria Steinem to Betty Friedan. Jewish Women International (JWI) has always advocated and mobilized against efforts to chip away at Roe. We have marched, written letters, testified and organized. A woman’s right to reproductive freedom is a core value of our mission and work.

The Jewish Council for Public Affairs strongly defends reproductive choice, representing thousands of Jews across the religious spectrum: “JCPA is committed to safeguarding and strengthening the spirit and impact of Roe v. Wade. The decision to end a pregnancy is a difficult and personal one that should only be made by a woman in consultation with her doctor and others she chooses to involve,” the organization states.

Some Orthodox religious leaders echo that sentiment. “Roe v. Wade has allowed American women of any faith or of no faith to wrestle with wrenching decisions about pregnancy with respect for their privacy, autonomy, and conscience. New state laws banning abortion even in cases of rape and incest reflect a specific religious tradition in opposition to the rights guaranteed by the Constitution. These laws are an attack on liberty, religious freedom, and the dignity of the person,” shares Rabbi David Rosenberg, co-chair of JWI’s Clergy Task Force on Domestic and Sexual Abuse in the Jewish
Community and an Orthodox rabbi.

As political conservatives ramp up their anti-choice efforts and put women’s lives at risk, the Jewish community must remain on the leading edge of the fight against their coercion.
But what can we do?

Listen to women, stand against laws that dehumanize women, and forge a proactive path forward.
State and local actions work. We need to disrupt the anti-choice agenda usurping statehouses. Encourage your state legislators to introduce laws that will enshrine abortion rights in the state
constitution and remove unnecessary barriers — just look to Vermont and New York. Join with your synagogues and social action committees as well as local ACLU chapters and women’s organizations to block these abortion bans.

On the federal level, encourage your elected officials to back legislation that protects reproductive health care and women’s economic security, like the EACH Woman Act. Furthermore, urge yourrepresentatives to support access to contraceptives and comprehensive sex education. The American abortion rate is at an all-time low — dropping 26 percent between 2006 and 2015 — largely because the Affordable Care Act (ACA) increased access to birth control. As conservatives push for abstinence-only sex education, rail against the ACA mandate and limit women’s ability to obtain birth control, they also erect barriers to abortion — do not lose sight of that irony.

Most importantly, if you want your leaders to uphold a women’s right to reproductive freedom, vote: in local, state and congressional elections, in 2020 and beyond.

As unjust policies jeopardize women’s health and equality, the Jewish community must remain faithful to the commitment made to women in the Roe v. Wade decision. JWI will continue to work diligently to honor our history and protect the rights of all women and girls. 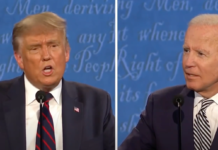