When we last saw the haredi Orthodox Shtisel family, the artsy, quiet Akiva was still butting heads with his father, Shulem. Akiva’s sister, Giti, was dealing with her emotions after her husband, Lipa, returned following months abroad with no contact. And Akiva and Libbi’s relationship was on the rocks, due to his art.

If the second season of the Israeli soap opera “Shtisel” didn’t exactly end with a cliffhanger, fans are eager for more anyway.

The characters, who face pressure to marry early, support a large family and deal with pressure to conform to a strict society, made the show a hit on Netflix.

So what’s a fan supposed to do in the meantime? Here’s more must see Jewish TV:

1. For the viewer who wants Jewish mythology: ‘Juda’

This show, available on Hulu, follows Juda after he gets bitten by a vampire. The bite gives him supernatural speed and strength, and places him in the middle of a centuries-long conflict between vampires and humans. As the world’s first Jewish vampire, Juda is destined to destroy the rest of vampire-kind. So much for free will.

Juda isn’t religious, but he is taken under the wing of a mysterious rabbi who knows a lot about kabbalah and vampire lore. There are plenty of references to Jewish tradition and mythology. The show revels in its Jewishness and never lets you forget it.

2. For the dysfunctional-family lover: ‘When Do We Eat?’

“When Do We Eat?” an indie movie released in 2005, tells the story of the Stuckmans’ first Passover seder in three years.

Father Ira, who makes Christmas ornaments, spends most of the film drugged by a combination of LSD and ecstasy, seeing the story of the Exodus played out before him. His father, Artur is a
Holocaust survivor, who keeps a suitcase with him at all times in case of a Nazi
resurgence.

Ira’s son Zeke is the cause of his hallucinations. Zeke slips the drugs into his father’s wine for fun. Ira’s other son, Ethan, has become a Chasid. Other quirky guests join the meal, which goes from OK to meshuganeh very quickly. It’s a movie where, despite everything, the family figures out they love each other and becomes closer in the end.

And how many kinda-stoner Passover comedies are there?

3. For the viewer who wants to learn more about the lives of the ultra-observant: ‘One of Us.’

This documentary explores the lives the three ex-members of a Chasidic Brooklyn community and how they adapt to the wider world. The focus is on their reasons for leaving, including domestic and sexual abuse.

The movie won Most Compelling Living Subject of a Documentary at the Critic’s Choice Awards, and was nominated for Best Film. It can be seen on Netflix.

This Israeli show, available on Amazon Prime, focuses on the Romeo and Juliet-like tale of the son of a secular Russian family and the daughter of a haredi Orthodox family. Of course, the show handles a lot of the religious themes that “Shtisel” does and how the rules pose a problem for the characters’ romantic lives.

Rochale, the female lead, is heading toward an arranged marriage to a wealthy boy. But when she meets Sasha, the son of the poorer Mintz family, who recently moved to the apartment next to hers, sparks fly.
Unfortunately, the show is a mini-series, so there are only eight episodes.

5. For the binger: ‘The Marvelous Mrs. Maisel’

You can’t have a Jewish television show list without “Mrs. Maisel.” This show by “Gilmore Girls” creator Amy Sherman-Palladino has been a hit on Amazon Prime.

It follows 1950s housewife Miriam “Midge” Maisel who, after her husband leaves her,
discovers she has a talent for stand-up comedy. And so she decides to try and make it as a
professional in a highly competitive industry.

There’s a focus on Midge’s struggles as a woman during the 1950s, her struggle for
independence after losing her husband’s support and in the male-dominated world of stand-up comedy.

And of course, there’s romance.

The humor is fast paced and witty. And Judaism is there in Midge’s personality and in her life.
There are only 18 episodes so far, which makes it the perfect weekend binge. 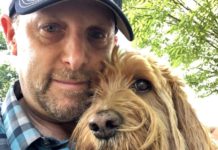