The first yahrzeit for Charles Krauthammer, who died last June 21, is soon upon us. My wife, Hedy, and I did not know him personally, but his death was a loss to us. He was an international figure, a syndicated columnist, a television analyst and a Pulitzer Prize winner. He also lived in our Washington Jewish community, and we occasionally saw him at a Shabbat morning service attending a simchah or participating as a contributor to a Jewish forum discussion.

But for years, in a way, he was also a welcome weekly visitor in our home. We called him by his first name, as on Friday mornings when we would open The Washington Post op-ed section with “I wonder what Charles has to say about …” We were anticipating his Jewish voice which always sang to us. It was filled with wit, language precision and content comprehension carrying the timbre and resonance of the American experience tied to a harmony of 3,000 years of Jewish history that shaped his identity.

We usually agreed with his perspectives, but when it felt as if we didn’t, we found ourselves challenged to take a step back and reexamine the bases for our thoughts. That’s what Charles did for his readers by arranging his analyses and argumentation within a logical path, free of contrivance, that explored multiple points of view. He did not negate how others thought, but played off differing perspectives until he came to the path’s end. There, Charles presented his conclusions and tried to convince readers to agree or at least have their opposing certitude shaken.

For instance, in his 2011 “King, in Word and Stone” column, Charles clearly does not like the portrayal of Martin Luther King Jr. within the stony rendering at the MLK Memorial on the Washington Mall. Charles was disappointed that the “flat, rigid, socialist realist King does not do justice to the supremely nuanced, creative, humane soul of its subject.”

As was his way, Charles discarded the negatives and adjudged MLK, with his struggles for racial equality, as quintessentially American with achievements deserving of “a monument alongside the other miracles of our history — Lincoln, Jefferson, and FDR.”

The fear of a second Holocaust that would wipe out more than 6 million Jews in Israel terrified Charles. In “Why They Fight” from 2006, Charles, with surgical precision, excises the fraudulent and pernicious claims that Israel’s “occupation of the territories” obtained in the Six Day War stands in the way of peace with the Palestinians. Charles exposes these claims as smokescreens obscuring the foundational bases for Israel’s enemies’ working toward a singular objective, its annihilation.

But I did recognize that Charles understood the game so well, and I would have loved to have sat next to him at Nationals Park listening to his inning by inning remarks. So with baseball as backdrop, his 2007 column “Cardinals’ Virtue” joins the mythological elements of Bernard Malamud’s “The Natural” to the story of Charles’ own self. Rick Ankiel, a 21-year-old pitching phenom on the St. Louis Cardinals, suddenly and inexplicably can’t get the ball over the plate. His career is shattered. But seven years later, he returns to the majors as an outfielder who immediately finds success as a hitter and fielder. Charles could have simply nurtured his piece, as most sports writers did at that time, around his initial sentiment of “there’s redemption and glory in baseball.”

But Charles understood that life is more than one flat-lined happy ending. He does not let us forget that Ankiel did suffer his initial calamitous career disintegration. For Charles, life was productively repetitive and unending with moments of redemption and glory, but also containing “the catastrophe that awaits everyone from a single false move, wrong turn, fatal encounter.”

We are familiar with Charles’ single false move as a young man that left him paralyzed. If, as Charles stated in his farewell column, “I leave this life with no regrets,” we recognize that this concluding confidence comes from a man for whom the old Yiddish dictum of “der mentsch tract un Gott lacht” (my translation: “a person plans and fate intervenes) was not quite sufficient. Using Ankiel (and perhaps himself) as an example, Charles wrote that “what distinguishes us is whether — and how — we ever come back.”

Charles did come back and became “the natural” preeminent columnist of our time. In his 1998 essay, “At Last Zion,” Charles wrote that “I don’t believe in God, but I fear Him greatly.” Why so, because as Charles elaborated in a 2016 interview, he believed in a sense of “transcendence” that recognizes a power beyond one’s self so that “human beings need to tremble when looking at the universe. If not, they don’t understand what’s going on. That’s sort of the key: to understand how little we can understand.”

Wrapped in this cloak of humility, Charles understood so much. He leaves a void that will not be filled easily. We miss him greatly, and Fridays have not been the same since he has gone.

Saul Golubcow writes from Potomac and can be reached at [email protected]. 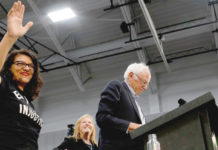 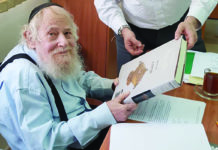