Sometimes a story can overcome the slightly absurd nature of the supposition — the literary cornerstone — upon which it is based. That’s the case with “In Five Years.”

Dannie Kohan is a “Nice Jewish Girl from the Main Line of Philadelphia.” She’s a successful corporate attorney, the kind that avoids courtrooms, peruses documents and makes lots of money. Her boyfriend, David, is not only a fellow MOT but an investment banker.

One evening, he proposes to her and gives her a whopper of a diamond engagement ring.

It couldn’t get any better than that, not even in Dannie’s mother’s most mind-boggling fantasy. Her kvelling must have been off the charts.

But that very evening, Dannie goes to sleep and wakes up in a different apartment — with a strange man named Aaron. She spots a date on the TV in the apartment: Dec. 15, 2025. They eat and make love, passionate love that isn’t comparable to anything she’s had before.

Then, she wakes up and is again in her apartment with David in 2020. She is deeply troubled by what she considers to be more than just a dream.

Four and a half years go by. “Everything goes according to plan,” author Rebecca Serle writes in Dannie’s name. “Everything. Except that David and I don’t get married. We never set a date. We say we’re busy, which we are. We say we don’t need to until we want kids. We say we want to travel. We say we’ll do it when the time is right — and it never is. … There are always reasons, and good ones, too, but none of them are why. The truth is that every time we get close, I think about that night, that hour, that dream, that man. And the memory of it stops me before I’ve started.”

She and David go to a restaurant to meet her best friend Bella’s new boyfriend, Greg. But, you guessed it, Greg is Aaron from her dream. His real name is Aaron Gregory. Dannie is horrified. “I feel like I’m sinking. Like I’m falling through the floor or the floor is falling, too, except no one else is moving. It’s just me catapulting through space.”

Now, she is able to put a name to her experience almost five years earlier. She believes what happened was not a dream, but “a premonition — a prophecy sketched to life… .” Now she wants to get married before Dec. 15. Her friend is pregnant by Aaron, and she hopes they also will wed. If both are married to different people, she reasons, then she and Aaron won’t be together in that apartment on that date, as she fears they might be fated to be.

Despite the premise, I was drawn to the book. The author piqued my curiosity. I wanted to know if Dannie’s dream was something more than a dream and whether she would end up with David or Aaron — or neither one.

I won’t tell you. But I will relate Dannie’s poignant moment of self-discovery. Bella is very ill, and Dannie comes to comfort her, only to be cheered up by her best friend. “I thought I was her protector,” Dannie thinks. “That she was flighty and irresponsible and frivolous. That it was my job to protect her. That I was the strong one, counterbalancing her weakness, her whimsy. But I was wrong. I wasn’t the strong one, she was.”

“In Five Years” comes with a happy ending. A beautiful ending. A perfect ending. Don’t miss it.

Aaron Leibel is a former editor at The Jerusalem Post and Washington Jewish Week. His novel, “Generations: The Story of a Jewish Family,” is available at amazon.com and in Kindle format. 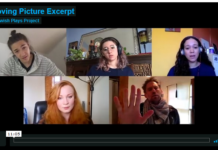 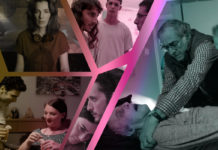