When Lily King heard the news that Capital Camps was closing this summer over the coronavirus pandemic, she cried.

The eighth grader at Cabin John Middle School couldn’t imagine a summer without her friends at the Jewish sleepaway camp in Waynesboro, Pa.

“I was really shocked and numb even though all the signs had shown it would be cancelled,” Lily said. “Camp is my safe bubble where I am relaxed and calm, but having the time of my life. Especially right now, I was looking forward to being in that bubble tucked away from the outside world.”

As regional Jewish camps have wrestled with the decision to suspend summer sessions, the risk of COVID-19 exposure has proven too great to disregard the Jewish value of guarding health for everyone.

Camp Ramah and Capital Camps announced closures on May 20. Camp Harlam and the UJR Reform movement camps got the word out as early as April 30. Camps Airy & Louise are waiting until June 1 to decide.

“The idea of social distancing is at complete odds with camp,” said Lisa Handelman, director at Capital Camps, which considered new regulations and CDC guidelines for camps.

“We gather for b’yachad (together) in the morning. We’re together as a community for Shabbat, we sing, we dance,” Handelman said of the JCC-affiliated camp which draws 800 kids. “There’s even some regulations that say singing is more dangerous now. You can’t be a community.”

This would have been Kayla Liss’s ninth summer at Camp Ramah in Palmer, Mass. The Conservative movement camp draws one third of its 900 campers from the Washington area. Kayla, a junior at Charles E. Smith Jewish Day School, said she completely understands why her camp has closed for the summer. “I’m glad the camp is prioritizing our safety. But I’m very upset. I’m missing out on a lot of things and I didn’t get to say goodbye to all my friends.”

Rabbi Ed Gelb, CEO of Ramah of New England, said Ramah monitored the situation starting in March and consulted with its medical committee and other organizational resources. “We’re crushed, but thought it was the right decision. We feel very sad. We’ll try to do some virtual things, but it’s not the same.”

All the camps are reaching out to campers online with Zoom calls and activities. There’s Waynesboro Wednesdays for Capital campers and a mask-making drive kick-started by Airy & Louise. Camp Harlam is offering lessons on making friendship bracelets online.

“They’ve been really good at getting the word out and posting what they are doing,” said Emily Nestel, a Tulane University incoming senior, who would have been a unit head this summer at Harlam, in Kunkleton, Pa. It would have been her 13th session there.

“It’s challenging for me,” Nestel said. “It’s been hard just to see my campers who look forward to camp not be able to go.”

Neil Berlin, director of operations for Airy & Louise, an independent Jewish movement camp, said the camp is keeping up virtual engagement for its 1,600 campers as it weighs options for staying open in Thurmont and Cascade, Md. Officials are waiting on a set of Maryland public health guidelines to come out. “It’s going to be a tough decision, one we’re not going to take lightly, which is why we’re giving all options a chance.”

The camps that have closed are giving families the option to have their tuition returned, rolled over to next year or donated. The camps face multi-million dollar budget woes should all tuition be refunded. JTA reported that Camp Ramah in New England wrote in a notice to parents that it spends half of its $6.3 million budget during the 10 months away from camp — on recruitment, maintenance, programs and other preparations for the summer. If it has to refund tuition, it will face a $1.3 million budget shortfall, which it called “devastating.”

Judy Liss of Bethesda had two children enrolled at Ramah, 16-year-old Kayla and 12-year-old Ian. Now a therapist, she was a camper from 1986-1991 and a counselor in ’93 and ’94 at Ramah of New England. Of Ramah’s decision, she said, “Rabbi Gelb and his team were incredibly thoughtful, really sensitive to all of the various issues. They managed to organize regular Zoom calls for the campers, which is lovely because we have to support each other and create community through all of this. The camp community is really sacred.”

Marnie Hackman would have led the 10th graders at Capital Camps this summer. The Michigan State University incoming senior said she learned the sad news on a Zoom call with camp leaders. “Tenth grade is a very important summer at camp and they’re not going to get it back,” she said. “But if we had opened the camp there would be coronavirus at camp. And even if we did have camp it wouldn’t be the camp that we know and love. Shabbat services or color wars or hugging each other wouldn’t be taking place. It’s just a very sad time we’re living in.”

Ellen Braunstein is a writer in Chicago.

Camps are where American Jews are made

The first Jewish camp was founded in 1893 as masses of Jews were immigrating to the United States from Eastern Europe. Camp provided a fresh-air refuge from the crowded urban neighborhoods where Jewish immigrants settled, and they proliferated in the 1920s. At first, the point of camp was to make Jewish kids more American, not make American kids more Jewish.

“The early Jewish camps were motivated by two concepts: bring inner-city kids out to the country, and ‘Americanize’ the children of Eastern European immigrants,” according to an article on the history of Jewish camps. “What made these camps Jewish was their demographics, not their programming.”

That changed beginning in the 1940s, as Jewish religious movements like Conservative and Reform Judaism started their own camps. Since then, the main goal of Jewish camp became Jewish experiential education.

A 2013 study found that more than a third of American Jews have attended Jewish overnight camp. In many cases, children attend the same camps as their parents.

And a 2008 study by the Foundation for Jewish Camp found that going to camp is an indicator for Jews to be more involved in an array of Jewish experiences. Adults who attended Jewish camps as children were more likely to go to synagogue, marry a Jew, donate to a Jewish charity, light Shabbat candles and feel attached to Israel.

Many Jewish camps place a particular emphasis on Zionism and Israeli culture. Many camps will bring in contingents of young Israelis to work at camp. A few camps have Hebrew immersion programs. At others, it’s common for kids to sing Hebrew songs, do traditional Israeli dances and have staff mix some Hebrew words into their daily announcements.
Some camps — with their communal living, outdoorsy spirit and Hebrew culture — aim to mimic the traditional values of Israeli kibbutzim, or at least the socialist kibbutzim of a couple generations ago. Some networks of camps take their oldest campers on a summerlong trip to Israel.

“Zionism is a central part of our core mission, as we nurture within our campers and staff members a deep and enduring love for Israel,” the leaders of the Conservative Jewish camp network Ramah wrote in an open letter in 2018. “Hebrew is a central element of daily life at Camp Ramah, and our campers and staff members spend significant time in Israel.”
But this year is different. As summer nears, it’s becoming increasingly clear that for many campers, summer as they’re used to it will not be happening, and one of the core parts of American Jewish life will be temporarily on hold. 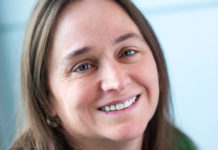