For the first time, Rabbi Sarah Krinsky thinks she knows what the people of ancient Judea felt like when their temple was destroyed.

In the last few months, with Adas Israel Congregation in Washington shut by the pandemic, her separation from her spiritual home has given her a taste of exile and allowed her to internalize the concept.

“I was really in pain, not getting to be in the building,” she said.

Tishah B’Av, the ninth day of the month of Av, begins at sunset on Wednesday. A fast day for the destruction of the first and second temples and seven other tragedies in Jewish history that also occurred on that date, Tishah B’Av’s themes of unity, diaspora and tragedy resonate for Krinsky and other rabbis as they consider the world in 2020.

“I don’t think that members of my community have spent a lot of time thinking about what it means to be physically separated from a spiritual home,” she said.

But Rabbi Charles Arian, of Kehilat Shalom in Gaithersburg, said he doesn’t mourn the loss of the ancient temple. We’ve moved beyond the biblical idea that the best way to worship God is with one temple for all Jews, he said.

Today there are diverse approaches to practicing Judaism. One temple couldn’t include all denominations.

“If we really could rebuild the temple, we would have figured out how to have unity,” he said.

Arian said achieving unity in the Jewish community has been a challenge because unity tends to mean “everybody else should be like me.”

“Real unity is to learn to live together with people with whom you vigorously disagree,” he said.

Arian said these struggles relate to the current fight for racial justice in America. Slavery ended 150 years ago and African Americans still suffer from trauma. Similarly, the Jewish temple was destroyed 2,000 years ago, and Jews still mourn the destruction each year on Tisha B’Av. Arian said it’s important to remember the tragedies of our history.

“Moving on from trauma doesn’t mean you forget the trauma,” he said.

While remembering the tragedies of Jewish history is part of Tishah B’Av, Rabbi Yossel Kranz said Tishah B’Av is also a day to hope, not wallow in the past.

Kranz, the rabbi at Chabad of Virginia in Richmond, said people today are increasingly demanding equality.

“Tishah B’Av is a day that reminds us of where we were and how bad it was, but how great it’s gonna be and how good it is getting,” he said.

Kranz said he believes that God created nature, and nature “does what it does.” Coronavirus, he said, is an act of nature.

“It seems to be that this sets us back in terms of hurtling toward a world of peace and a world where there is no more sickness and no more dying,” he said.

But for him, Tishah B’Av is “only going to reinforce” his faith that the future is bright.

Kranz said he feels similarly about the ongoing protests for racial equality. One theme of Tishah B’Av is that baseless hatred among the Jews caused the destruction of the second temple. Kranz said he sees the positive in a world that demands no more hatred. For him, Tishah B’Av is a reminder that change isn’t easily obtained.

“Some people like to hold on to the past, and there are a lot of things in the past that we should hold on to,” he said. 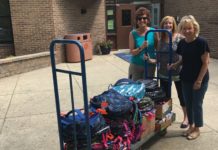 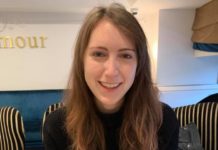