As a young man, Sanford Greenberg seemed on a trajectory to success.

Academically excellent, he was president of his high school senior class and student council, ran on the cross-country and track teams, played in the orchestra and had a well-developed aesthetic sense.

When he entered Columbia University — where his best friend and roommate was Art Garfunkel (yes, that Art Garfunkel) — his future seemed secure.

Greenberg and Garfunkel seemed to have a special relationship, based in part on their love of music — Garfunkel played guitar and Greenberg the trumpet — and their common Jewish heritage.

They once talked about the beauty of Yom Kippur’s Kol Nidre prayer, the author writes. “Perhaps … we could take the best of Jewish music, such as the Kol Nidre … meld it with the best of Christian music — Johann Sebastian Bach’s Mass in B Minor — and produce a transcendent sound.”

Then, in 1961, his world was shattered. Falling victim to the almost unbelievable incompetence of an ophthalmologist and his own youthful arrogance, he lost his eyesight at 19 to glaucoma, a scourge usually associated with seniors.This remarkable memoir is the story of how Greenberg, who lives in Washington, overcame his disability with mythical courage and perseverance.

At first, he was devastated. But Greenberg received encouragement, especially from Garfunkel, who told him: “I need you to come back. Me. Okay? It’s not that you need to come back for yourself, though you do — but I need you there. You’re my best friend. What am I going to do for the rest of the time if you’re not there?”

And he was helped by many individuals — for example, he needed people to read books and papers to him.

As a result, Greenberg, returned to Columbia and earned his bachelor’s degree. Later, he studied at Oxford and Harvard, earning a Ph.D. from the latter.

After a stint as a White House fellow during Lyndon Johnson’s presidency, he began his career as an entrepreneur and investor, becoming quite wealthy and an important donor, notably establishing a $3 million prize for ending blindness. His public service includes being a member of the Council on Foreign Relations and the National Science Board and a fellow of the American Academy of Arts and Sciences.

He made an interesting decision after he lost his sight — never to appear blind in public and never to use the tools for mobility, canes and a Seeing Eye dog, employed by many with his handicap.

This choice has led to some serious physical problems — walking into people and other objects, falling down and bleeding badly, sometimes without knowing it.

And not appearing blind also has led to social strife. His wife, Sue, took him to see the film “Schindler’s List.” When she told him what was happening on the screen by whispering in his ear, people around them became annoyed and the couple eventually left the theater.

The ruckus may have been caused by the movie’s subject. “Everyone [in the audience] was rapt,” the author writes. “You could hear the cells growing on people’s fingernails. One must revere the Holocaust, but since we are so far from it these days, the closest thing we can revere is a movie about it.”

It is difficult to know if he made a wise choice about dealing with his loss of sight. In many ways it has made his life more difficult. On the other hand, it may have helped him. Using a cane or a dog to get around might have distracted people from concentrating on what he was saying. And, because of prejudice against people with impediments, he might have made some people less likely to take him and his proposals seriously if he would have highlighted his handicap.

Greenberg, now 79, writes that he often reflects on his blindness and how it transformed his life.

In his analytical way, he devotes one chapter in the book to the debit side of his “blindness balance sheet” and another to the assets.

Debits include never having seen the faces of his children and grandchildren and being unable to read, take part in sports or see the expressions on other people’s faces.

On the plus side, he lists not being able to judge people on their looks; having become good friends with some of the people (for example, readers) who have helped him; learning to live with fear and risk; developing an oversized imagination; not witnessing his wife age.

On balance, he agrees with Lou Gehrig — he is “the luckiest man on the face of the earth.” Whenever he is depressed, he examines the photographs, letters, tapes, cards, telegrams, etc., that he has saved during his life, the author notes. “For me, memory is not casual daydreaming; it has been a life-sustaining activity. The process of thinking about my good moments and my bad moments, my good luck and my bad luck functions for me as something like an old-fashioned carpenter’s spirit level. It has allowed me to steady myself, as though it were an extension of my limbic system… .”

Sanford D. Greenberg can’t see, but he is most perceptive; he may be blind, but he has an acute understanding of our species; he can’t read, but his writing is thought-provoking.And he and his story are the personification of inspirational.

Aaron Leibel is a former editor at The Jerusalem Post and Washington Jewish Week. His memoir, “Figs and Alligators: An American Immigrant’s Life in Israel in the 1970s and 1980s,” is slated to be published by Chickadee Prince Books early next year. 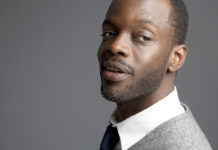 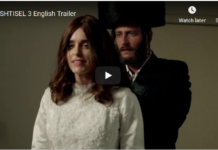 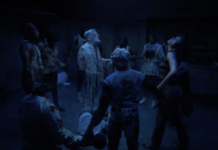