Life has changed drastically for Rabbi Aaron Stucker-Rozovsky since the coronavirus pandemic began. In that time he got married, his mother died of cancer, he bought his first house and he moved to Winchester, Va., to become rabbi at Beth El Congregation. And in addition, the 34-year-old was promoted to the rank of major in the Army National Guard, where he serves as a chaplain.

Yes, Stucker-Rozovsky has two rabbinical posts. Since Aug. 1, he’s been serving as spiritual leader of Beth El. At the same time, he’s ready to deploy along with the rest of the 112th Military Police Battalion Mississippi Army National Guard because “it’s not a question of if you’ll deploy, it’s a question of when.” (Stucker-Rozovsky is in the process of transferring to the District of Columbia National Guard.)

Stucker-Rozovsky first enlisted in 2006, spurred to action, he said, out of a sense of duty to his country and in response to the Sept. 11, 2001, terrorist attacks. Two years later, he was commissioned as a military police officer and later served year-long deployments in both Naval Station Guantanamo Bay in Cuba and Bagram Airfield in Afghanistan. It was during that time that Stucker-Rozovsky decided to become a rabbi.

“Just like serving in the military allowed me to give back to the country, I wanted to give back to everything that Judaism gave to me,” Stucker-Rozovsky said. “And I think the rabbinate has really helped me do that.”

In 2018, Stucker-Rozovsky was ordained at Hebrew Union College-Jewish Institute of Religion. As a rabbi in the National Guard, he often introduced Judaism to non-Jewish service members.

Eventually, Stucker-Rozovsky wanted a job that required less travel, so he applied for the opening at Beth El. He said that after visiting in February, he fell in love with the 95-
household Reform congregation.

“They’re so committed. And there’s this feeling of all hands on deck. Everyone is so involved,” he said. “My wife and I knew we were home.”

Stucker-Rozovsky said other attractions included Winchester’s small-town feel, its
proximity to nature and the nearby amenities of Washington, and the town’s closeness to James Madison University, where his wife, Eliza, is pursuing a doctorate in psychology.

Congregation President Larry Weiss said the rabbinic search committee liked the fact that, as rabbi, Stucker-Rozovsky was willing to relocate to Winchester rather than commute. And the rabbi’s background in the military will help him connect with congregants in the armed services. Weiss that the congregation is supportive of Stucker-Rozovsky’s service in the National Guard.

“As a congregation, we’re certainly concerned for his safety,” Weiss said. “But at the same time, we recognize that service to our country is important. And far be it from us to stand in the way for his desire to serve our country in addition to serving our community as our rabbi.”

Stucker-Rozovsky said his immediate focus is to connect with his congregants and support them through the pandemic.

“My big priority is to take care of my congregants,” Stucker-Rozovsky said. “We’re a great congregation.” 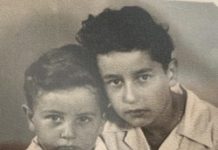 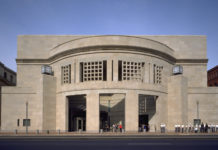 You Should Know… Rebecca Weiss