I fell in love with Jenn Louis’ latest cookbook “The Chicken Soup Manifesto” at first sight. The James Beard-nominated chef has curated a collection of over 100 beautifully photographed chicken soup recipes, which allowed me to vicariously travel the globe with my favorite comfort food as a guide. What more could an Ashkenazi gal with wanderlust wish for?

When I got a chance to chat with Louis, she was as vibrant as her book.

Like me, her prototypical chicken soup was her mother’s matzah ball soup, which she made on Shabbat and Jewish holidays. The recipe is there, on page 62, the matzah balls “exactly how she made them. I think everyone likes a different kind. Mine are really tender on the outside with a bit of chew in the middle.” The accompanying photo features the blue and white china Louis inherited from her mom.

If matzah ball soup is your starting point, too, Louis recommends branching out to the Romanian Supa de Pui cu Galuste de Gris (page 196) with semolina dumplings. The dumplings are fluffy with whipped egg whites and poached, “like super yummy clouds.”

But don’t be afraid to dive in, says Louis. “It’s chicken soup! It should be fun! Explore, learn … it’s a great way to travel.”

Some of the recipes come from Louis’ own travels. “I took a cooking class in Ethiopia and learned to make Doro Wat [page 33]. Even though it’s more of a stew, I really wanted to include it.” But most of them were collected through expansive research. “It’s not a creative book,” explained Louis, “it’s a documentary. It’s a shout-out to how cool these recipes are, and how much we all have in common.”

Some came from Louis’ periodic appeals on social media, “I’d put call outs on Facebook once in a while. Like, ‘Hey! Who’s got a chicken soup they grew up with in their family?’”

Others were told to her orally. Was it difficult to translate word-of-mouth instructions into quantifiable amounts? I ask. “Somewhat. There’s a Palestinian recipe — it’s a really great story. This woman sat next to me on a plane and, halfway through the flight, she looked at me and said, ‘Hi, I’m Hanan. I’m a Christian Palestinian, the peaceful kind.’ She was super sweet. I didn’t tell her I was writing a book, but she told me about her mom’s chicken soup recipe and I wrote it down. It called for, like, a ‘handful of rice,’ so I tried my best to replicate it.” Their encounter ended after landing, and Louis never got Hanan’s details. “I’d love to send her a copy [of the book] but I don’t know where she lives!”

The research process was rich and fruitful. “Just when you think you’re done,” Louis explained, “you find this cool new recipe. It’s really fun to unfold all the layers. They’re all super delicious dishes.” And, she says, despite major differences in flavor, the functions of chicken soup are universal: comforting, often healing broths, intended to stretch a chicken as far as it can go.

Can she pick a favorite? “The South American soups are so unique because they have corn and yucca, which make them sweet and totally different to anything else.” Louis pauses. “Or the Kanjee from Sri Lanka [page 179]. I made it in my Instant Pot on a rainy day then went for a walk with my friend.

When we got back home, we opened the pot — it was so fragrant. We sat and ate the soup, then split the leftovers because they were so good.”

But, of course, much depends on your mood. Or the time of year. Louis is keen to assure me that chicken soup is not just for winter — “there’s a summer soup from Finland [page 189] with green beans and baby carrots that you can eat chilled. It’s really lovely.”

Regardless of the recipe, Louis is full of tips to achieving the most flavorsome dish, with an entire section dedicated to getting the most out of your chicken.

“You always want to cook your chicken slow, on a really lazy simmer. If you cook a little slower, it keeps the meat tender,” she tells me. And if you want a richer broth, use homemade chicken stock, “It’s special… heartier and more luxurious than just using water.”

At the end of the day, Louis reiterates, exploring the diverse offering of chicken soups should be fun. “Make one recipe a week,” she urges, “and learn something new.” 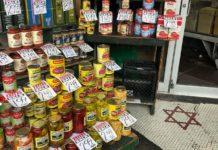 This iconic Italian market in NYC has an unexpected Jewish history 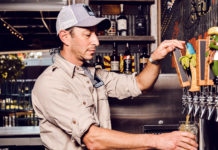 Custom cocktails by the keg

A trio of fish dishes