Richard Schreibstein, former president of the Jewish Federation of Howard County, died on Oct. 1. He was 71.

Schreibstein was president from 2014 to 2016, in addition to founding his own law firm and raising a family that included his daughter, Melissa, and son, Michael.

He met his wife, Janet, at age 11 when the shared a carpool to Hebrew school, but they didn’t begin dating until college.

“He cared a lot about community and bringing community together, and he also cared about the future leadership of the organization,” said Dr. Rachel Simon, the current president of the board of the federation. “So I saw him as a mentor, and I do believe that his legacy is a stronger Jewish community in Howard County and within the future leaders of Jewish Howard County.”

He founded a law firm, Richard Schreibstein LLC, in 2002, which later became Schreibstein Tucker LLC. He left the firm in late 2018 to work as a principal at the Offit Kurman law firm.

Melissa Schreibstein added that he “led the Passover seder and always made sure each year to bring in an article that tied the story to some current events or connect it back to his value system. I think that just being Jewish was something that mattered a great deal to him.” 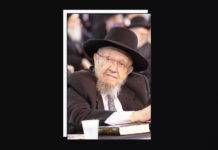