Victor Kerszencwejg, of Silver Spring, died on Jan. 5. He was 75. Born in Shanghai, China, to Holocaust escapees, Victor was raised in Melbourne, Australia, and New York City and became a longtime supporter of the American and international labor movement. Victor is survived by his children, Lisa K. (Thaddeus) Stauffer and Daniel (Aleshia) Kerszencwejg; his grandchildren, Lucena, Tobias, Joshua, Hannah and Josephine; and his sister, Helen K. (John) Adams. Contributions may be made to the International Rescue committee (help.rescue.org). Arrangements entrusted to Torchinsky Hebrew Funeral Home. 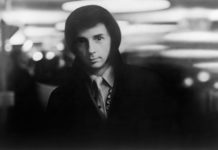 Harold Bornstein, physician who declared Trump ‘healthiest ever’ president, is dead at 73