On Passover, Jews tackle big issues — the Exodus from Egypt — and small — the amount of matzah that should be eaten along with the blessing. But the trivial?

Yes, there’s room for the trivial too in the spring festival of freedom that begins at sundown April 10. Here are eight bits of Passover knowledge to help sedergoers this year feel like they, too, left Egypt. 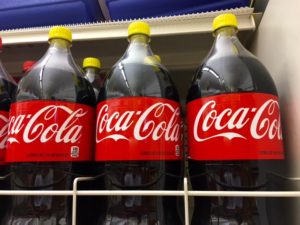 Coca-Cola, bottles with yellow caps are marked as kosher for Passover. Regular Coca-Cola and most other sodas, contain high fructose corn syrup, but because corn is categorized as “kitniyot,” it traditionally is considered off-limits during Passover.
However, working with a tenacious — and very thirsty — rabbi, the iconic beverage company started producing a version of their drink that substitutes the corn syrup with sucrose extracted from sugar cane.

Do not be surprised if you see some new rice- and bean-based dishes added to some Passover meals this year in Conservative Jewish homes.

Last year, the Conservative movement’s Committee on Jewish Laws and Standards ruled that rice and beans are permissible for Passover.

Not a feminist orange on the seder plate

It turns out that while Heschel did place an orange on a seder plate, she was not confronted by an angry rabbi.

The story originated in a Haggadah written by feminist students at Oberlin College. In that Haggadah, a girl asks a rabbi what place a lesbian has in Judaism. The rabbi tells the girl that a lesbian has as much place in Judaism as a crust of bread on a seder plate.

Heschel was inspired by the story. But due to the problem of having bread anywhere during Passover, she opted to place an orange on her seder plate, she wrote in “The Women’s Passover Companion.”

“I chose an orange because it suggests the fruitfulness for all Jews when lesbians and gay men are contributing and active members of Jewish life,” Heschel wrote.

“The Rugrats” is a 1990s cartoon — fondly remembered by this millennial writer — featuring the adventurous infant Tommy Pickles and cohorts. The show premiered its Passover special in 1995. The episode starts with Angelica, a slightly older cousin of Tommy’s, getting locked in the attic with Grandpa Boris.

Boris, a loveable grandfather from the old country, is eager to tell the story of Passover when Angelica is uninterested. Tommy and friends take on the roles of the Israelites and Egyptians, and Passover ensues.

Where does the world’s largest Passover seder take place?

If you guessed the United States or Israel, you are wrong. The correct answer is Kathmandu, Nepal.

Rabbi Chezki Lifshitz, with his wife, Chani, and their six children, have been the Lubavitch movement’s Nepal emissaries since 2000. Their annual seders attract more than 1,000 Jews to the Nepalese capital. 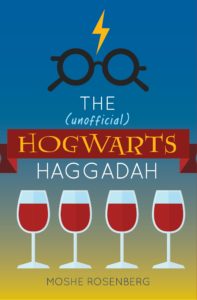 Haggadot are printed with all sorts of twists, from ones with commentary on human rights and social justice issues that parallel with the Passover story, to a new Harry Potter-themed Haggadah.

“The Hogwarts Haggadah,” by Rabbi Moshe Rosenberg explains elements of Passover through the lens of J.K. Rowling’s fantasy world. He compares searching for chametz, the leavened items banned on the holiday, to Harry’s search for the Horcruxes, magical items Harry needs to destroy before he can defeat Lord Voldemort.

Everything is bigger in Texas — except knaidlach. Matzah balls are biggest in New York City.

Made by chef Anthony Sylvestri of Noah’s Ark Deli, the matzah ball was created to raise awareness about a charity basketball game between New York Knicks and Maccabi Electra Tel Aviv, the Daily News reported. 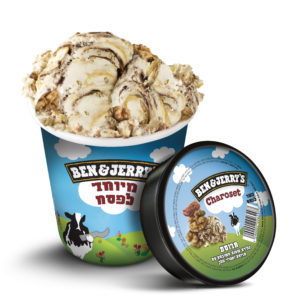 Will you be in Israel this Passover?

If so, be on the lookout for Israel-only charoset ice cream created for Passover by Ben & Jerry’s. Elli Fischer, who tasted the ice cream for the Times of Israel, said it’s a vanilla-based ice cream with cinnamon, apples and walnuts. Perhaps next year they’ll come out with a Sephardic version with figs, dates and apricots.