The Economist made some waves recently with an editorial cartoon showing the difficulty the U.S. and Iran are having coming to terms. President Hassan Rouhani is depicted reaching over a chasm to President Obama, but is being held back by a variety of hardline figures, including Supreme Leader Ayatollah Ali Khamenei. Mr. Obama, on the other hand, is shown shackled by the U.S. Congress, whose seal is lined with Stars of David.

The implication on the U.S. side of the picture, of course, is that the Jews control Congress and are preventing the president from reaching out to a willing Rouhani. The cartoon — which managed to hit a bad taste double play, by depicting an African American U.S. president in leg irons — drew the inevitable complaints, and was replaced online with a note-cum-apology, that it “inadvertently caused offense to some readers.”

You have to wonder what the editors of The Economist had in mind that made the cartoon only inadvertently offensive. The hackneyed repetition of anti-Semitic accusations — Jews control the government, Jews control the money system, Jews are behind difficult-to-understand events — are intentional, not “inadvertent.” And a lame post-publication statement of “inadvertence” hardly excuses either the offense or the discriminatory bias that prompted publication.

There was once a time when cartoons like the one in The Economist, and many others much worse, were printed on picture postcards. If you were in the United States, England, Europe or Nazi Germany, you could jot a quick message to a loved one on the back of a card showing a big-nosed Jewish pawnbroker taking advantage of a poor gentile. In his new book Hatemail, Salo Aizenberg has assembled a truly appalling collection of cards, ranging from the late 19th century to the contemporary Arab world, which documents the anti-Semitic activities which conflate Jews and Israel, and identify them with the Nazis.

The ongoing repetition of these offensive proclamations and accusations, and their routine acceptance in certain parts of the world, may help explain the persistence of anti-Semitism in places where there are next to no Jews. For example, a national survey in Poland found that 63 percent of Poles believe in a Jewish conspiracy, Haaretz reported. Yet a full 90 percent of Poles said they have never met a Jew. In response to the troubling survey results, members of the Polish parliament have suggested education measures to combat prejudice. We think that is a good idea.

The open-minded and constructive reaction of some within the Polish parliament to that country’s endemic anti-Semitism is welcome. We hope it will become more than lip service to doing the right thing. At the very least, such education can lead to fewer
incidences of people being “inadvertently offensive.” And, if successful, maybe the Polish parliament can offer some of its educational materials to the editors of The Economist, for their edification. 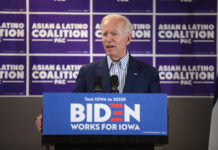 The limits of protest