As we so recently affirmed our liberty and reflect upon the journey of the Jewish people from slavery to freedom, so too, did President Barack Obama in his passionate remarks to the Israeli people. He affirmed the Jewish people’s connection to Eretz Yisrael and forcefully rebuked those who deny our people’s history in the land of Israel saying, “Those who adhere to the ideology of rejecting Israel’s right to exist might as well reject the earth beneath them and the sky above.”

Israeli President Shimon Peres awarded President Obama with Israel’s Medal of Distinction because of President Obama’s unwavering support for the Jewish state and his commitment to achieving peace in the region.

President Obama would not have received the Medal of Distinction were it not for his constant and impressive pro-Israel record. President Peres — who has been a key leader in Israel’s defense establishment since the state’s founding — recognized this, and felt it appropriate to celebrate President Obama’s pro-Israel accomplishments during this historic visit.

Without question, President Obama has been Israel’s most important ally and champion on the international stage.

The president has led the world against a nuclear-armed Iran and during his speech to the Israeli public he declared, “I’ve made the position of the United States of America clear: Iran must not get a nuclear weapon. This is not a danger that can be contained, and as president, I’ve said all options are on the table. … America will do what we must to prevent a nuclear-armed Iran.” He has repeatedly demonstrated his commitment to stopping Iran by leading the international sanctions movement by example. To date, the president has signed six sanctions bills and executive orders that have devastated Iran’s economy and made the choice between nuclear weapons and global integration clearer than ever.

President Obama was the most vocal opponent against the Palestinians’ United Nations gambit, and he made certain that his foreign counterparts understood that negotiations are the only way to achieve a lasting two-state solution. He also personally intervened to save the Israeli diplomats under siege in Cairo, backed Israel against the Gaza flotilla and rejected the anti-Israel Goldstone report. During his trip to Israel, the president even helped facilitate a rapprochement between Israel and Turkey.

President Obama also provided Israel with $11.4 billion in military assistance that restored Israel’s Qualitative Military Edge over its neighbors, which lapsed during the Bush administration. As the president has consistently said, Israel must be able to defend itself — by itself — and he has provided the tools necessary to do so. That is why during the trip, he and Prime Minister Benjamin Netanyahu announced the beginning of discussions on a new 10-year security aid agreement that will go into effect in 2017, after the current pact expires.

The most critical action that President Obama took to support Israel was to take the lead on securing $275 million for the Iron Dome missile defense system. The Iron Dome system has been something near and dear to the president’s heart since he visited Israel as a presidential candidate in 2008. During that trip, the president went to Sderot and observed firsthand the devastation caused by Hamas’ rockets. Upon entering the White House, President Obama and his administration stepped in to help Israel fund the Iron Dome and produce additional batteries that now defend major Israeli cities. During Operation Pillar of Defense, the Iron Dome intercepted 85 percent of the incoming rockets headed towards populated areas. The system is a game-changer for Israel’s defensive strategy and has been praised for its revolutionary success by Israeli leaders.

Indeed, President Peres cited the Iron Dome when he presented President Obama with the Medal of Distinction. According to President Peres, “This award speaks to your tireless work to make Israel strong. … The people of Israel are particularly moved by your unforgettable contribution to their security. … The diplomatic and military bonds between us have reached an unprecedented level.”

The president has also provided Israel with $650 million in supplemental funding for the Arrow and David’s Sling missile defense systems that along with Iron Dome provide a multilayered shield against a variety of incoming rockets. The amount given to Israel by the Obama administration for missile defense is double the amount given by the Bush administration. Further, the largest joint U.S.-Israeli military exercises in history have occurred under President Obama’s watch, which have provided Israel’s defense forces valuable experience to defend the Jewish state.

We are proud of President Obama’s sincere efforts to secure Israel, even without the Medal of Distinction. Make no mistake, this president has Israel’s back and is committed to its survival as a secure Jewish and Democratic state. Because of this, he uses every opportunity he can to make the case for a peaceful two-state solution, which is the ultimate way to provide security for Israelis. But, until we have peace, we should be thankful that our president is 100 percent devoted to Israel’s future. 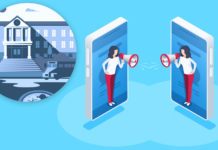 Parents face impossible choices during the pandemic. We shouldn’t face school shaming, too. 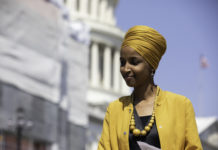