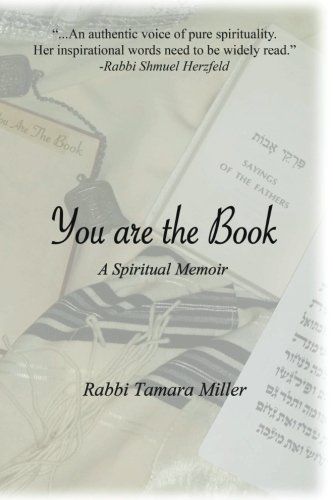 Often, our souls are the scenes of ferocious struggles, as various ideas battle for control of our spiritual essences. Because so much is at stake, these conflicts can reach epic proportions.

My assimilated, American-Jewish self was routed and transformed completely when it encountered Zionism and its living counterpart, Israel. Later, the secular Jewish me fared badly when it went up against traditional Judaism.

In the case of Tamara Miller, a Washington-area rabbi, the war was between her Orthodox Jewish upbringing and feminism, which became part of her spiritual self during the 1960s.

Apparently, neither side has completely triumphed, but feminism seems to have the upper hand.

Her father, an Orthodox rabbi, wanted her to attend an all-girls religious school; her mother would have none of that, so Tamara went to a public school. She also had friends at her synagogue.

“In this way,” Miller, the founder of The Capital Kehilla, writes, “I lived with a part of me in each world: I was one part feminist, one part religious Jew, one part streetwise public school student, one part fluent Yiddish speaker. I tried to belong everywhere, so I never completely belonged anywhere.”

Attending a bride’s class as she prepared to marry, Miller, who had been intimate with her fiancé, felt uneasy with her fellow students.

She “felt fundamentally flawed. None of those girls had gone to public school. I looked around the room and realized that they were all still virgins. I was a virgin wannabe.”

She eventually quit the bride class and didn’t go to the mikvah before her marriage.

“At that age, I wasn’t even conscious of the split in myself, but I was beginning to grapple with it: how to hold onto my traditions and still live in the contemporary world,” she writes. “The voice of my progressive mother mingled with the voices of the 1960s — the sexual revolution, Betty Friedan’s ‘Feminine Mystique.’ In their parlance, losing my virginity early was a badge of honor, not a sin to confess on Yom Kippur.”

She had a similar experience in Israel when she made aliyah. Living in Jerusalem’s French Hill neighborhood, she and her family were active members of the egalitarian Conservative synagogue Ramat Zion. But its liberal approach alienated her Israeli friends.

She quotes one as saying, “Women have enough work to do at home. Let’s leave the synagogue business to the men.”

It has not been a smooth ride for the rabbi. She and her husband divorced and her four children shortly thereafter decided to move in with her ex and his new wife. She was devastated, but soon the kids saw the error of their choice and returned to their mother.

During the first go-round, all the rabbinical schools to which she applied turned her down. She lasted only five months at her first full-time pulpit, even though she had a two-year contract.

When she was forced by personal reasons to leave her second rabbinical assignment, the community sued her, and a beit din, a rabbinical court, humiliated her with its ruling. She was fired from her job as director of Spiritual Care at George Washington University Hospital. And there was no happy ending when she met who she thought was her true love.

Yet, she persevered through it all. You have to admire her adventurous spirit. Divorced, with two children in university and two still in high school in Greensboro, N.C. — cared for by her ex-husband for three days a week — she returned to New York to study as a rabbinical candidate at the Academy for Jewish Religion.

You also have to love her I-may-be-down-but-not-out attitude. She writes: “A few days before the start of classes, I flew into LaGuardia Airport on what had to be the sunniest day of my so-called midlife crisis. Now I was beginning to see that it was not a crisis at all, but a reclaiming of my purpose and destiny.”

Later on, she observes: “I believe that everything in life is a vehicle for transformation.”

There are some very moving moments in the book. On the first yahrzeit for her father, she and her mother lit candles. Her mother told her that without her husband, it was difficult for her to go on. Her mother died on the following Shabbat. Miller writes: “I was not with her when she lit the candles for the last time, but I believe my father’s spirit stayed to bless and temper her Sabbath sorrow. … I can picture my parents leaning on one another and waving their hands toward the light. Perhaps the glow of the flame was my father’s soul longing to be home again with her. Perhaps it was my mother’s soul, longing to be at home in his. Maybe both.”

And some happy moments, as well, especially when her granddaughter, Noa, ends her string of thank-yous at her bat mitzvah with, “I would especially like to thank my savta [grandmother], my rabbi.”
Such a moment can compensate for a lot of heartache.

If you like gutsy, feisty people, you’re going to love this spiritually tough rabbi and woman.