In 2018, the United States withdrew from the United Nations Human Rights Council (“HRC”) because, as then- UN ambassador Nikki Haley put it, “our commitment [to human rights] does not allow us to remain a part of a hypocritical and self-serving organization that makes a mockery of human rights.” Haley’s blunt assessment was accurate. And it was supported by the HRC’s insulting history of obsessive and disproportionate criticism of Israel, and repeated election to the Council of countries with dismal human rights records.

We welcomed the U.S. withdrawal, noting that it “sends a clear message that when it comes to human rights, the council is simply a sham — or, as the United States has put it, ’a cesspool of political bias.’”

In the three years since the U.S. withdrawal, the record of the HRC has not improved. More recognized abusers have been invited to join the charade, China has increased its influence and following the fighting last spring between Israel and Hamas, the Council created an open-ended “Commission of Inquiry” into Israel’s treatment of Palestinians. No similar commission of inquiry exists for any other circumstance of human rights concern in the world.

Given that history, it was disturbing to learn last week that the United States will return to the HRC, effective in January. According to U.S. Secretary of State Tony Blinken, the move reflects the hope of the Biden administration that it can be more effective in pursuit of world-wide human rights by working inside a flawed international body than by ignoring it.

Blinken acknowledged that the council “suffers from serious flaws, including disproportionate attention on Israel and the membership of several states with egregious human rights records,” and vowed that the U.S. would use “the full weight of our diplomatic leadership” to make changes.

We are sure that the decision to rejoin the HRC was not taken lightly. But the logic of the move escapes us. And nothing said by Blinken or other administration representatives on the move has provided any clarity. Instead, we learned that well-known human rights abusers like Qatar, the United Arab Emirates, Cameroon, Eritrea, Kazakhstan and Somalia have been elected to join the United States on the Council, creating an even deeper cesspool of abusers charged with protecting human rights around the world.

We don’t know whether the Biden administration received any concessions in exchange for rejoining the HRC. But we do know that the Council is in serious need of reform, including some element of independent certification of human rights compliance by those seeking to join.

We support the administration’s efforts to convey a revitalized U.S. involvement in international affairs. But we are concerned that rejoining the HRC isn’t the right move to send that message. Indeed, unless the U.S. is able to orchestrate some dramatic changes in the operations, attitude and pronouncements of the UN’s Human Rights Council, the decision to rejoin the Council could prove to be a mistake and an embarrassing misjudgment. 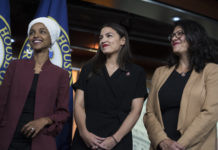 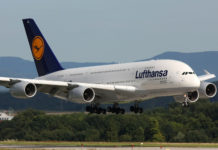