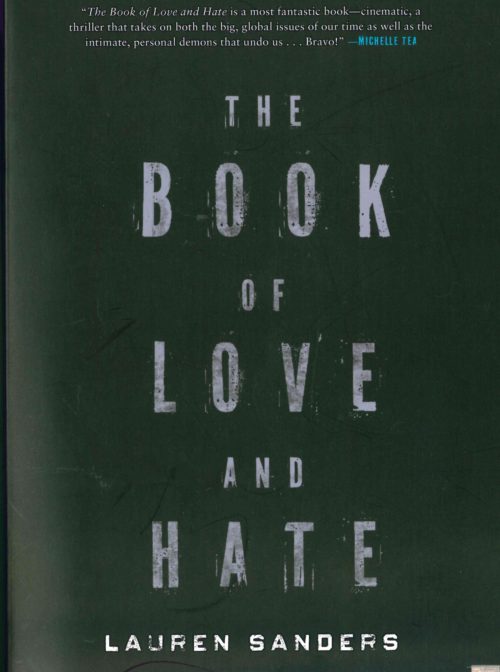 A novelist’s first task is to engage the reader, draw him or her into the plot and keep the person there for the duration. With me, Lauren Sanders failed that literary test.

It’s really not her fault. She’s a good writer. The action does jump around, but I’m sure that I could have managed the frequent flashbacks were I interested in what was going on.

The problem is that we readers do not come to novelists as blank slates. Rather, we arrive laden with loves and likes, hates and dislikes, prejudices and biases, emotional and mental strengths and shortcomings. That is why you and I might pick up the same book and come to diametrically opposed conclusions about it.

All that is especially true for old farts like me. I have a limited interest in a former ice skater who does nothing with her life, drinks prolifically and, at the drop of a hat or anything else, will put her hands in or on the private parts of other women.

It’s not that I’m a prude but rather find it impossible to relate to a character like Jennifer Baron. I understand that dissolute, indolent people like her exist; I’m just not very interested in reading about them.

I also am put off by Jennifer’s hostility to Israel’s need to defend itself. Sanders, who lived in the Jewish state for a short time, writes of Operation Pillar of Cloud, the Israeli response in 2012 to hundreds of rockets fired at Israeli towns and cities: “But you cannot fool everyone with the defensive stance, the Israelis are pummeling the streets of Gaza again, and while some of this is surely provoked, you wonder what happened to turning the other cheek, recognizing the collective psychosis behind bullying, or is it only an eye for an eye that ever feels like justice?”

I think Sanders should consult with the parents and children of Sderot and other southern Israeli towns and cities about “turning cheeks,” “bullying” and an “eye for an eye.”

And, of course, defending your citizens from attack — the preeminent job of every government from the dawn of time — has nothing to do with the theoretical concept of justice. It is, rather, the raison d’etre of those who rule.

Most of the other characters in “The Book of Love and Hate” are equally unsympathetic. Her father is a sleazy billionaire who has gone missing and whom Jennifer is trying to find — although it’s not clear why she wants to find him.

And then there’s Gila, a former Mossad agent who is the lover of both father and daughter. I admire versatility but I think this is going too far. (Apparently, sexually sharing a woman is a family tradition: readers learn that Jennifer and her brother separately had made love to their maid.)

Sure, Jennifer and her brother were raised in an impossibly dysfunctional family. Their father was absent while apparently engaging in egregious white collar crime, while their mother, who eventually left the two children in the care of that same father to live with a philosopher, seems slightly balmy. That may help explain Jennifer’s behavior, but it doesn’t make her any more appealing to me as a literary character.

The problem is not that Jennifer is from a different generation or prefers girls to boys or counts her money in the millions. I think I could relate to a gay Italian billionaire entrepreneur fighting the Mafia or a young, poor Chinese farm girl trying to break the grip of tradition and move to the city on her own, just as millions of people who have never met a Jew completely understood and identified with “Fiddler on the Roof’s” Tevye the Milkman in his quest to preserve tradition.

Believe me, there’s no Tevye in “The Book of Love and Hate.”

Not only that, but almost nothing happens for the first 200 or so pages except for sexual encounters, touring Israel, drinking and flashbacks. Later, there is a kidnapping, but I completely missed the “international espionage thriller” that the publisher claims to have produced.