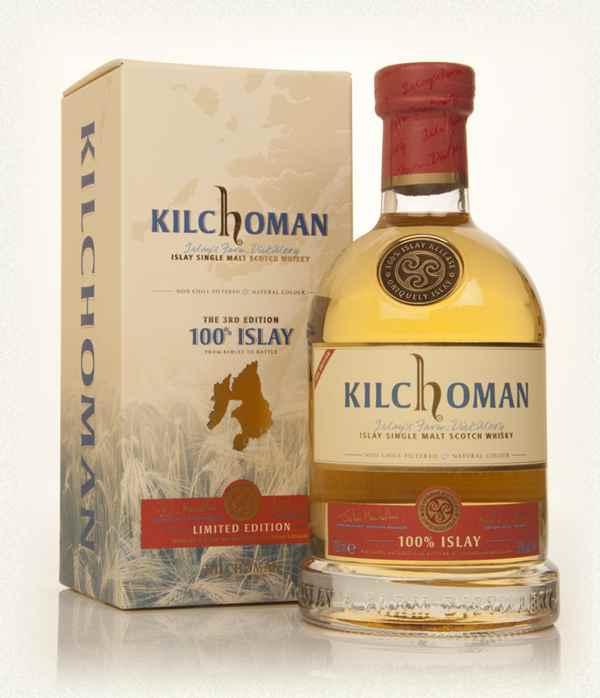 Spirits-wise, our attention has once again been drawn to Scotland, to the Kilchoman Distillery (pronounced kill-HO-man). As fans of Scotch whisky are doubtless aware, Kilchoman is a fairly new, tiny, farm-style distillery on the western side of the Inner Hebrides island of Islay, Scotland. The distillery, named for the nearby small settlement of Kilchoman (it is Gaelic for “St Comman’s church”), was founded only in 2005. Kilchoman was the first new distillery to be built on Islay in 124 years, and essentially overnight became a critical success, attracting a massive following among us Scotch whisky geeks and aficionados (a euphemism for alcoholics with expensive tastes).

Now celebrating its first 10 years, Kilchoman has been sponsoring a series of “Official 10 year Anniversary Party” tastings around the world to mark the occasion. The local celebratory tasting will be taking place on Oct. 25 from 4 to 6 p.m. at the Jack Rose Dining Saloon (2007 18th St. NW, in Washington, D.C.). The event is already about half sold-out, so stop reading now, go online and sign up at theevolutionofkilchoman.eventbrite.com.

This is a one-time chance to taste through the first 10 years of Kilchoman Distillery bottlings, with what will be the largest selection available in any one place. It will also be the first and only opportunity to taste some of the only 90 bottles of the special 10th anniversary bottling being released to the U.S. market.

Kilchoman’s annual output is now up to about 120,000 liters of alcohol. To put this in perspective, all eight distilleries on Islay have a combined annual output of more than 17 million liters of alcohol (recall that the island has only around 3,500 inhabitants — so we are talking a tremendous amount of booze). Everything about the distillery is compact and fairly tiny by industry norms, so its capacity remains limited and more or less fixed until the owners try to expand (which would require not only a lot more money, equipment and manpower, but also more physical space). Here is one of our favorite Kilchoman whiskies that is now in the ‘rare’ category but will be available to taste at the event:

Kilchoman 100% Islay, 3rd Edition (50 percent abv; $90 upon release): This release is a vatting of 4 and 5-year-old first-fill bourbon barrels; only 10,000 bottles available worldwide. This absorbing and rewarding whisky opens with delicate smoke, fruit (citrus, apples and pears), vanilla cream, and floral notes on the nose, with the fruits leading the charge on the palate, supported by some brief spicy elements, all of which quickly cedes ground to beautiful yet still delicate peat smoke, initiating a delightful up-tempo waltz in the mouth between the various elements, with each having a chance to go toe-to-toe with the peat, without overcrowding, missing a beat or falling flat. The lengthy finish is of lovely, slightly softer, lingering peat. Dazzling, complex, and delicious whisky. L’Chaim!