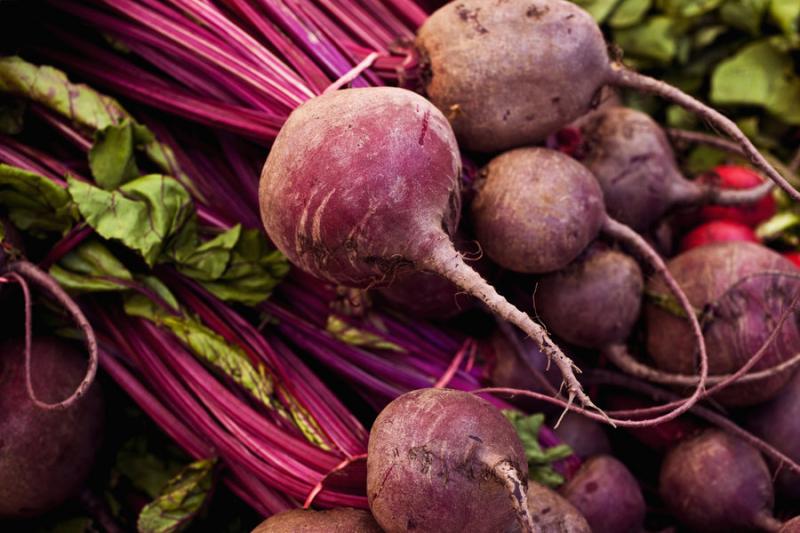 Since becoming a vegan last year before Passover, Nadine Simpson barely missed a beat.
“The only thing that I really missed during Passover was hard-boiled eggs, because that’s what my mom made growing up,” said Simpson, a Baltimore resident. “So I think that was just me missing my mom.”

She made the transition cold turkey after signing up for a vegan challenge with a friend. But it wasn’t her first time going meatless.

“In high school I did it because I started keeping kosher and my parents didn’t really want to buy kosher meat,” she said.

Simpson said she gets many of her vegan recipes from actress Mayim Bialik, a vegan who often posts recipes online for things “you’d never think of,” such as a vegan alternative to honey.

For last year’s seder, Simpson made an eggplant casserole over matzah farfel. She decided matzah pizza wouldn’t be the way to go since she didn’t know of a vegan alternative to cheese. She has since expanded her repertoire.

Simpson and Rockville resident Dean Weiss both found that keeping kosher was a gateway to becoming a vegan and a vegetarian, respectively. But Weiss started calling himself a vegetarian even before he formally became one three years ago.

“When I went to school, anytime somebody asked me if I wanted meat I said, ‘No thank you, I’m a vegetarian.’ And I did that for nine months, and I decided I would try becoming a vegetarian,” he said.

During Pesach, Weiss sticks to simple foods like matzah with cream cheese and jelly. But when it comes to soup, Weiss said has to be vigilant about making sure no animal products were used to make the broth.
Because Passover falls in the spring, it’s a perfect holiday for Washington’s Adam Gorod, a vegetarian for 14 years.

“It is easier than most people might think to keep a vegetarian Passover,” he said. “There are a countless number of fruits and vegetables to enjoy. Quinoa, nuts and whole-wheat matzah are staples that provide more than enough protein.”

Gorod said most traditional Passover foods, such as matzah balls and kugel, can be made without using animal products. One of his favorite dishes is a spaghetti squash served in a tomato sauce and topped with walnuts and roasted root vegetables.

“It is a great opportunity to be creative in the kitchen while appreciating the incredible foods that come straight from the earth,” he said.

Gorod added that being a vegetarian makes Passover especially meaningful because of the message of hope it gives for the cause of animal rights.

“During this festival celebrating liberation, it is comforting to know that what I eat is not furthering any form of oppression, both against animals and other people who suffer from the inequitable loss of natural resources that results from eating meat,” he said.

Passover has only one meat tradition: the shank bone on the seder plate to recall the animal sacrifice in ancient times. The bone is not eaten, and there are meatless alternatives, said Rabbi Nina Beth Cardin, founder of the Baltimore Environmental Network.

“We end up using either a beet or a ginger root or something reminiscent of the shank bone instead,” she said.

Cardin’s Passover favorite is dairy-based lasagna that uses matzah in place of noodles. Quinoa is also a staple in the Cardin household during Passover.

“It’s sort of grain-like and legume-like but it filled that spot in a vegetarian diet,” she said.

Cardin said there is no commandment for Jews to eat meat at Passover, and therefore no loss of enjoyment for vegetarians.

“Vegetarians can be absolutely confident in their ability to celebrate Passover,” she said.