Eli Hoffenberg may be 11, but after his appearance this week on the Food Network’s “Chopped Junior” reality show, he could already be on the road to having a culinary career ahead of him.

The Chevy Chase resident appeared on Tuesday night’s episode of the show, finishing second to winner  to Mischa Waydo. “Chopped Junior” showcases four aspiring chefs each week between ages 9 and 15, and challenges them to create an appetizer, main course and dessert from a set of ingredients. Each round is 30 minutes long and a panel of judges determines the winner.

In an interview before the show aired Eli said that his competition didn’t intimidate him, because “I thought what I made was pretty good. It was weird, but OK.”

Eli, a fifth grader at the Jewish Primary Day School of the Nation’s Capital, was one of more than 5,000 children to send in an application to the show last spring. He submitted photos of himself cooking and a short essay. He had a Facetime interview with the show’s producers a week later.

“You have to show them something you made in the Facetime and if you get through that you’re on the list,” he said.
Eli got through, along with 51 others, and taped his episode in May.

To prepare for the competition, Eli sent his mother, Jackie, to the supermarket to buy random ingredients that he would try to whip into something edible. She came home from an Asian grocery, she said, with a rutabaga, a Japanese radish and a “strange fruit with spikes on it.”

“We did that a bunch of times to see if he could complete the dish in 30 minutes or less,” she said. “I think what really helped him is that he’s fearless in the kitchen. He’s not afraid to make a mistake. He just really likes combining ingredients. He’s developing a sense of what works and what goes together.”

Eli said the practice at home did help get him acquainted with the time pressure he would face during the taping.

“I didn’t get any of the ingredients [Mom] used, but it helped me get comfortable with the time and four ingredients,” he said.
His mother said “Chopped Junior” does not have the cutthroat mentality of other competitive reality shows, and Eli bonded well with the other kids in the group.

“The network does everything possible to really make these kids feel comfortable,” she said. They give them a tour of the kitchen. Everyone was very kind and welcoming. The kids are nice. They’re not out to backstab each other.”

Eli’s palate has no limits, his mother says, and she credits that in part to being adventurous when the family goes out to eat.

“He’s been eating off the regular menus for a long time and I think that probably helped give him a taste of the more sophisticated food,” she said.

Eli, who started assisting his mother and grandmother in the kitchen when he was 8, said part of the fun is altering his mom’s already tasty meals into something better — but less healthy.

“Most of the food my mom cooked was good, but it wasn’t my style, and I thought that I should use my style,” he said.

Sometimes Eli brings his own style to an existing family meal, like adding spices to his mom’s Asian chicken curry recipe. Other times he learns recipes from watching YouTube videos or brings home new skills such as French cooking techniques, which he learned in a class at Bethesda’s L’Academie de Cuisine. Since then, one of his favorite desserts has become Tarte Tartin — a pastry pie made with caramelized apples. He has made it seven times.

The biggest difference between Jackie Hoffenberg’s cooking and her son’s, she said, is the amount of oil, butter or sugar they use. She uses those ingredients sparingly, while Eli “goes full-on Julia Child.”

Eli still finds time to include his other hobbies, including soccer, tennis and piano. But he has his sights set on becoming a chef when he grows up, or an engineer if that doesn’t work out. 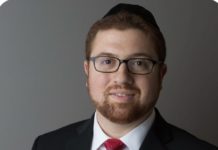 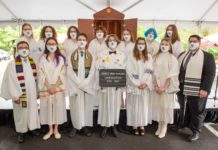 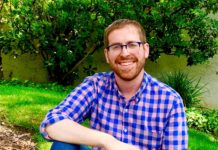