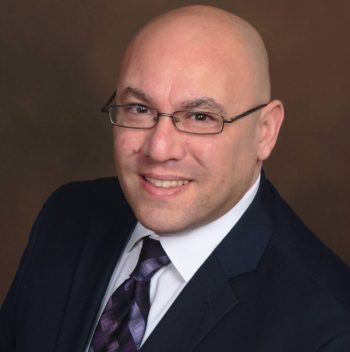 For years, Adam Davis had dismissed the idea of becoming a cantor.

Friends, family, and even the chair of his musical theater program at the Cincinnati Conservatory of Music all thought his booming voice and deeply felt faith made him perfect for the bima. Still, he demurred.

“I always resisted,” he says. “I felt like I didn’t hear that calling, that great calling from on high.”
It took a return to his hometown Chicago after college for Davis to see that life in the clergy might actually be for him. He was working in the city’s theater scene when he started a Jewish arts organization. Soon enough, the congregations came calling and he accepted took a full-time position in Wilmette, Ill.

“What I realized was that — whether it was the person who came up to me after a service, or a little old lady, or a bar mitzvah student — it wasn’t the call on high that I was waiting to hear, it was my people who were calling me and saying, ‘Cantor,’” he said.

Now, after moving to the Washington region about a year ago, he’s preparing to take over as the cantor at Temple Beth Torah in Chantilly.

It comes naturally for Davis, who remembers how his childhood rabbi and cantor drew him into the world of Judaism and music. So he’s most excited about helping with bar and bat mitzvah preparation and working in the temple’s religious school.

“As a cantor, I’ve learned that the performance part is about 15 percent of what we do,” he said. “The rest isn’t the visible thing, it’s working with the kids and the choir. Those are the parts that I find completely fascinating and so rewarding.”