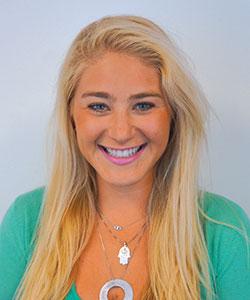 Alexa Laz is the Washington Jewish Week’s General Assignment and Higher Education Reporter. The Potomac, Maryland native is a recent graduate of Towson University, receiving a Bachelor of Science in Journalism and New Media along with also studying Electronic Media and Film. While at Towson University, Alexa received several scholarships and academic honors while undertaking four major market TV internships with WTTG Fox 5 in Washington D.C.; NBC 4 Washington, WBAL TV-11 News – NBC’s Baltimore affiliate, and PBS’ show “To The Contrary.” She often calls herself a “news junkie,” constantly reading and getting updates from as many sources as possible. If Alexa is not out in the field reporting, she is often found in Israel. She most recently traveled there with the Committee for Accuracy in Middle East Reporting in America (CAMERA), to learn more about the group’s efforts to see Israel fairly represented in the media and on college campuses. Besides news and Israel, she enjoys traveling, eating sushi, working out, watching TV shows (and the news of course), and dancing.