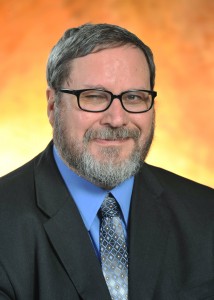 While the criminal trial of disgraced former Kesher Israel Congregation-Georgetown Rabbi Barry Freundel on six counts of voyeurism has not yet begun in the Superior Court of the District of Columbia, women who allege they are Freundel’s victims now have filed two separate civil lawsuits against his former employers, seeking to be compensated for emotional injuries.

In the most recent case, filed Dec. 18, a Florida woman identified in court papers as “Jane Doe 2,” alleges she took a practice dunk in the National Capital Mikvah and studied for her conversion under Freundel, and, as a result, has suffered “severe mental distress.” Her case is being handled by the D.C. firm Chaikin, Sherman, Cammarata & Siegel P.C.

A team of attorneys from the Baltimore-based firm Silverman, Thompson, Slutkin & White LLC, that filed a similar class-action lawsuit Dec. 2, held a press conference at the National Press Club in downtown Washington, D.C., on Dec. 19, announcing the addition of the Rabbinical Council of America (RCA) to the list of defendants in the civil action they filed earlier this month.

RCA now joins Kesher Israel, the National Capital Mikvah, and Georgetown University as defendants in the suit, all of which are accused of negligently failing to oversee Freundel prior to his arrest in October, despite previous RCA inquiries into improper conduct between Freundel and conversion candidates.

Two plaintiffs who believe themselves to be victims of Freundel (the U.S. Attorney’s office in D.C. has not publicly released the identities of the six victims listed in the criminal complaint) were also added to the case. They are Emma Shulevitz of Rockville, and Towson University student Stephanie Smith.

“For years, defendants turned a blind eye to obvious signs of Freundel’s increasingly bizarre and obviously improper behavior, ignoring the bright red flags that Freundel was acting inappropriately with women subjected to his authority,” said the plaintiffs in their complaint.

If that is true, will they have to pay up?

To make out a case of negligence, such as this one, a plaintiff must allege and prove by a preponderance of the evidence, the following: 1) that the defendant owed the plaintiff a duty of care; 2) the defendant breached that duty; 3) the breach was closely related to the harm suffered by the plaintiff; and (4) the plaintiff was damaged financially.

Here, the plaintiffs will be required to show that it was the duty of these organizations to properly oversee Freundel; and that they ignored warning signs that might have tipped them off to the
actions Freundel is accused of doing in the mikvah. The challenge here, say legal experts, will be convincing a court that Freundel’s alleged wrongdoing was
foreseeable.

According to the plaintiffs’ counsel, beside the numerous times their clients say Freundel said something awkward or inappropriate to them, there exists documented evidence of improper behavior he had with conversion candidates that was investigated by the RCA.

In one instance, as reported in the Forward, the RCA had previously looked into complaints that Freundel had booked a hotel room with a conversion candidate, but after the accuser did not come forward to share more details, the RCA accepted Freundel’s explanation.

On the basis of such previous complaints, the plaintiffs’ lawyers said, they can argue that Freundel’s alleged rigging of the mikvah with a hidden camera to spy on their clients was foreseeable.

Some legal experts not involved in the matter remain skeptical. According to attorney Justin Dillon, of the Washington, D.C.-based firm Kaiser, LeGrand & Dillon PLLC, the plaintiffs will have a difficult time alleging and proving foreseeability, even assuming the worst about those prior allegations.

“That is like saying that it is reasonably foreseeable that your priest is going to put a microphone in the confessional. That is extraordinarily unlikely. It’s not even in the same universe,” said Dillon. “It’s not as if he’s now being accused of having a garden-variety affair or of sexual harassment, either of which might have been foreseeable in light of the previous allegations.” Dillon added that the case appears even weaker against Georgetown University and the RCA.

Donna McBride, of the Montgomery County-based firm Miller, Miller & Canby, and who recently won a seven-figure award for plaintiffs in two voyeurism cases filed against a landlord, agreed that foreseeability is a major hurdle in this case.

“In order to have a claim of negligent supervision, you really need to have some indication, some warning, because I don’t think anybody would hold an entity responsible for not monitoring everybody with a fine-tooth comb,” said McBride.

According to Kelly, the plaintiffs’ attorney, D.C. case law imposes a higher duty of care on businesses and organizations for the protection of the public, thus making it easier to prove negligent supervision.

Still, Kelly acknowledged that the civil lawsuit depends highly on discovery of evidence gleaned from the criminal case, which the U.S. Attorney’s Office is still conducting. A preliminary hearing in that case is currently scheduled for Jan. 16.

“There will be a fight over duty …” in the civil case, said Kelly, “but I think there’s definitely enough there that we definitely have to investigate it. Maybe we’ll do discovery and it will reveal
that they knew nothing, but it’s very
unlikely.”