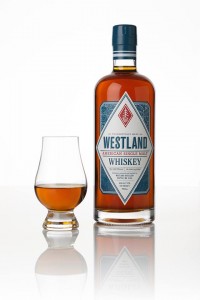 One of the lovely things about wine is the way drinking of a particularly pleasant one can stir an involuntary memory and evoke recollections of the past without conscious effort. Likewise, wine can sometimes cue a subconscious mental filtering and sifting of long ago accumulated trivial data, bringing the mental detritus to one’s immediate attention.

For one of us, for example, a recently tasted wine called to mind the great film director Alfred Hitchcock. We are both ardent fans.

An avid wine drinker with a fabulous cellar, wine also figured prominently in many of Hitchcock’s films. In fact, nearly all of Hitchcock’s 50-plus films contain at least a notable moment where the protagonists are drinking booze, usually wine.

Mel Brooks tells a great story of Hitchcock’s reaction to his 1977 film High Anxiety, Brooks’ relentless parody of Hitchcock’s cinematic conventions and oeuvre: “… he eventually saw a rough cut of High Anxiety. He enjoyed it. But he said nothing after it. He just left. I thought he wasn’t happy. The next day, about 11 o’clock in the morning, I get this enormous, beautiful case of Chateau Haut-Brion 1961. That was almost 20 years old [at the time]. I mean, it was priceless. And there were magnums, six of them, in a wooden case. Haut-Brion. I mean, oh my God.”

Hitchcock was also very fond of showing off his wine cellar at his Bel-Air mansion, and loved to entertain at his winemaking estate in the Santa Cruz Mountains. The current owners actively produce well-regarded Pinot Noir wines.

Consider, for example, the kosher non-mevushal Four Gates Pinot Noir 2009, only available directly from the winery, fourgateswine.com. Beginning with aromas of blueberry, raspberry and dark cherry, the wine displays precise balance within a medium frame of cherry, black fruit and cola and subtle oak along with a pleasantly lengthy finish.

Spirits-wise, we venture into considering some of the domestic craft-distilleries out there. First up is a lovely American single-malt whiskey from Seattle’s Westland Distillery.

Master distiller Matt Hofmann explains: “We looked at it with a fresh point of view. We were looking at the different types of malts you can use — these specialty malts that nobody has really
explored yet. It’s the same thing with the yeast. We use brewer’s yeast instead of distiller’s yeast for the flavor it offers … We’re playing by the same rules as those in Scotland — it’s the same three ingredients — but there’s so much that’s untapped.”

Westland American Single Malt Whisky (46 percent abv; $79): Impressive with full and deep aromas and flavors of creamy vanilla custard, roasted nuts, walnuts, barley, toffee, a little coffee, raisins and caramel notes. This is hefty and delicious, with enough complexity and zing to lure even fervent Scotch whisky fans away, at least for a little while.