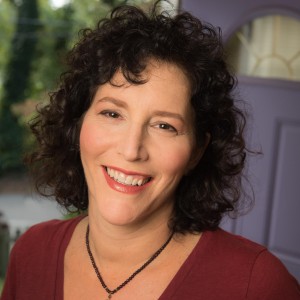 This book deals with the nitty gritty of human existence, the highs and lows of everyday life.

In a series of connected short stories, which were previously published in various venues, it focuses on, among other issues, a woman haunted by her inability to carry a fetus to term; the difficulties of reconciling traditions in a mixed marriage; a man who can’t get over his loss of status; another who faces bankruptcy and a third worrying about the consequences of his infidelity.

Author Michelle Brafman understands people — maybe most people, but certainly Jewish Washingtonians around whom much of this book revolves. She is able to peel away their protective psychological skin and look inside. What she sees is sometimes not very pretty, but always fascinating.

And she can tell a story. A person doesn’t need much more than that to be a first-class writer of fiction, which is what this resident of Glen Echo is if “Bertrand Court” is any measure.

The struggle to find one’s mate and to reproduce — its agonies and its precursor, sex — are recurring themes.
In one vignette, Becca Coppersmith, a “[m]outhy Jewish girl from the wrong side of Beverly Hills,” meets the parents of her boyfriend Timmy Carver, who live in northern Wisconsin. It is an incisive sketch about the ultimate clash of civilizations and a doomed romance.

In another story, Amy Solonsky is pregnant and she is not happy about her condition. She is trying to get off a bus but is blocked by other passengers and getting frustrated. “If you only knew how much it sucked to carry you guys,” she thinks, “you’d grab a pen and write your mothers a thank-you card. Right now.”

Yes, Amy hates being pregnant — and not only because it makes her feel uncomfortable. “She wants her body back. … She misses stumbling down 18th Street to shoot pool at Chief Ike’s, equally disgusted and flattered by the men who stared at her tight ass as she leaned over to break. And she misses her size-10 jeans. …

“Maybe, just for an hour, she can remove this baby from her womb, find a safe place where nothing will happen to it. And then, swear to God, she’ll put it right back.”

To me, the Jewish folk tale about the archangel Michael, which is interwoven into one of the book’s stories, is hauntingly compelling and one of the highlights of “Bertrand Court.” Michael teaches fetuses, Brafman explains, “everything, the languages of the pelicans and dolphins and tigers and the names of the eighty-eight constellations. … [t]he names your parents give each other when they fight and when they love and the names that they gave to the babies that preceded you … the two who never made it past the first trimester and the two who did.”

Just before birth, he removes all that knowledge so the baby will have to relearn everything during his life.

But Michael tells “baby number 5” that he will not be born, that his mother will have a miscarriage.
Sometime in the future, on that baby’s due date, his parents will think of him and what might have been, the author writes. To console themselves, they will tell each other that if that baby had been born, they might not have had their two daughters who were born later, “and that strange logic will enable them to escort you [the doomed fetus] back to your hiding place, in the crevices of their souls.”

That is a beautiful vision of one of life’s great tragedies — and perhaps the ultimate argument against abortion.

The stories of “Bertrand Court” flow smoothly, but the book was no easy read. I spent much time while reading it rushing to the front of the book where the many characters and their connections are listed. It was difficult to keep straight who was who, as the characters re-emerge at different times — and not necessarily in chronological order.
But it was well worth the effort. n