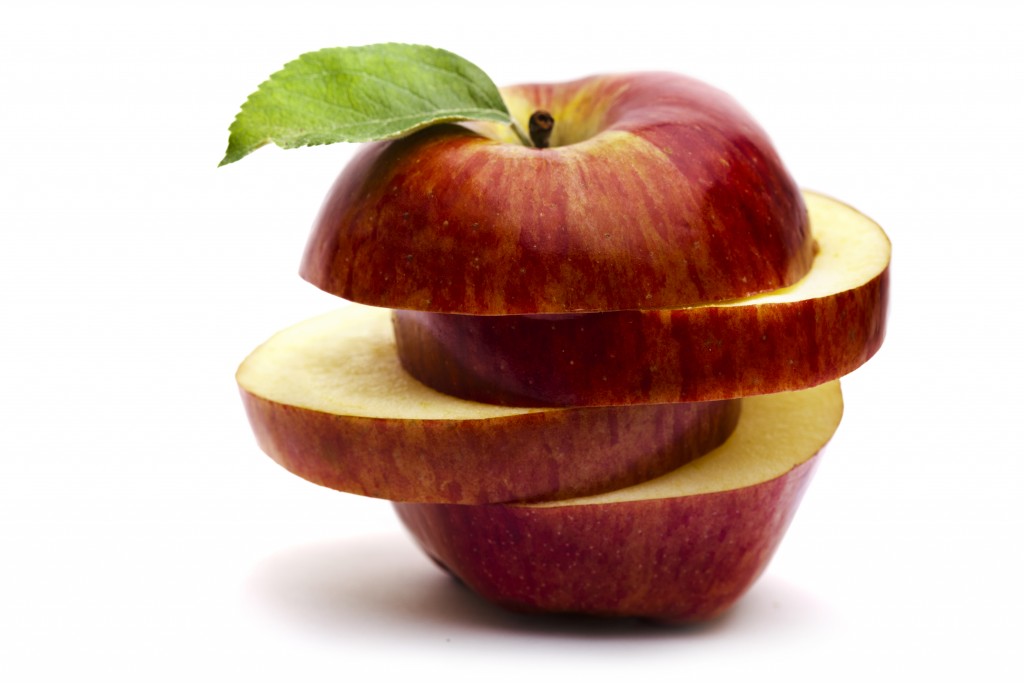 Jews around the world will begin biting into succulent apples dipped in honey in the upcoming week but while Rosh Hashanah only last two nights, growing a bountiful apple orchard can take years.

Rabbi Susan Grossman, of Beth Shalom Congregation explained there are several reasons that Jews eat apples on Rosh Hashanah. Aside from the fruit’s natural sweetness, the combination of apples and honey engages all of the body’s senses.

“The first reference we see to eating apples and honey is from Rabbi [David] Abudraham,” said Grossman. “He has a book that recounts many of the Jewish traditions — a sort of paper trail to apples and honey.”

Larriland Farm and Butler’s Orchard are family-owned and operated farms based in Howard County and neighboring Montgomery County, respectively.

Butler’s Orchards opened in 1950 with 27 acres of land growing peaches. After several cold years caused the owners to lose a significant amount of crops, they started selling other kinds of fruits and vegetables to supermarkets.

“My grandmother is still working here, keeping everyone in line and holding meetings,” said Tyler Butler, a third-generation farmer and assistant manager at Butler’s Orchards.

Butler explained that to start an apple orchard, farms order rootstocks from nurseries. The rootstock is the beginning stages of the tree’s life, grown underground by a nursery. Because of the high demand across the country, there can be a three-year waiting list to receive rootstocks from a nursery.

Although 2,000 different kinds of apple exist in the world, Butler’s specifically grows Gala, Jonathan, Golden Delicious and Stayman apples. They are also looking to plant Cameo, Autumn Gala and Pink Lady in the spring.

The rootstock a farm uses is determined by the diseases and conditions most prevalent in the area. Once the farm receives its rootstock workers plant it with bud wood, or cut-off pieces of an apple tree. This will determine what kind of apples the tree will produce.

“You want to get a rootstock that can do well in your area,” said Butler. “By having rootstocks with resistances, like to drought, you’re setting yourself up to not have to use as many pesticides.”

Larriland farm was established in 1973 and is now run by Lynne Moore, president of the farm, and her brothers Guy and Fenby, who are vice presidents. Similarly to Butler’s, three generations are working on the farm with more than two dozen varieties of apples.

Moore explained that once the rootstock and bud wood are planted the trees have to be intensively cared for through the year.

“They’re hand-pruned in the dormant season and growing seasons, pruned twice a year, fertilized, irrigated and need to be protected from pests and diseases,” said Moore. “In Maryland, being in the Mid-Atlantic region, we have the northern and southern problems.”

Aside from insects and diseases that can attack the trees, an issue that Maryland farms face is that apple trees are considered cool season crops while the temperature is relatively high in September.

Butler said if all goes to plan then he can harvest apples within the second year using a new high-density system that cuts down on the space in between each tree.

Butler said that Montgomery County has many Jewish groups and organizations, and as a result the farm has seen more calls regarding apples recently. Additionally, since the farm has their own beekeeper, they also have had many calls about local honey around this time of year.

While apples can be difficult to grow, Butler said customers don’t have to worry about one age-old problem.

Said Butler, “For the most part the average customer, I would say, has very little chance of having a worm in an apple.”