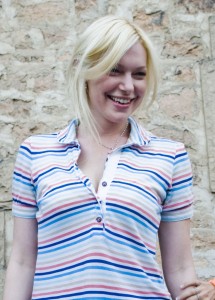 Reps for Tom Cruise and actress Laura Prepon have denied that their clients are dating. According to Cruise’s reps, the two haven’t even met. A rep for Prepon, who starred in That 70’s Show and Orange Is the New Black, says reports linking the pair aren’t true.

But despite reps’ claims, multiple sources are reporting the contrary.

British magazine Grazia first reported the supposed romance last year, indicating that the two Scientologists were trying to keep their relationship secret. The pair was reportedly spotted having dinner at the Manor Hotel in Los Angeles in November, even though they’ve “never even met,” and apparently see each other at numerous functions, according to an insider at Us Weekly.

According to Page Six, the rumors are the buzz on the set of OITNB. Prepon portrays lesbian drug dealer Alex Vause in Jenji Kohan’s critically acclaimed Netflix series, and it’s already been reported that she will return as a series regular for Season 3 if it gets picked up. Cruise’s last high-profile relationship with Dawson Creek’s Katie Holmes ended in 2012 after seven years of marriage. He was previously married to Nicole Kidman and Mimi Rogers.