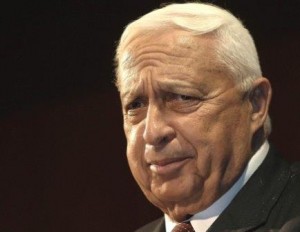 Ariel Sharon, former prime minister of Israel, a fierce warrior and military leader who was known as both the patron of Israel’s settlement drive and the man who uprooted those same settlements, died Saturday. He was 85 and had been in a coma since suffering a series of strokes in 2006.

Prime Minister Benjamin Netanyahu called Sharon a great warrior and military statesman” and President Shimon Peres referred to Sharon as “my close friend,” according to the Jerusalem Post,

Sharon was known for his girth and his fearless determination to reach his objective, whether it was military or political. For his tenacity, Sharon was given the nickname “the Bulldozer.”

“President Bush liked him because Sharon was trying to do something,” said Abrams, now senior fellow for Middle Eastern Studies at the Council on Foreign Relations. “He was a canny and clever politician. He’d say, ‘I’m just a simple farmer,’ but he wasn’t just a simple farmer. He maneuvered his way through the Cabinet and Knesset and the Likud Party as no one else could.”

“He was commanding,” said Sen. Ben Cardin (D-Md.), recalling meetings with Sharon. “He had an incredible command of the room. He gave you confidence that he had a strategic plan in a diverse political climate.”

Tanks around the Knesset

Ariel Scheinerman was born in British-ruled Palestine in 1928. It was David Ben-Gurion, Israel’s founding prime minister, who gave him his Hebrew surname, Sharon. During Israel’s War of Independence, he was wounded in the battle for Latrun on the road to Jerusalem.

In the 1950s, with terror attacks against Israel from neighboring Arab countries on the rise, Sharon created and let Battalion 101 that was charged with staging retaliatory raids. One such raid led to the death of innocent women and children, and the unit was disbanded.

He fought in the Sinai in the wars of 1956 and ’67. As a reserve general, he led a controversial crossing of the Suez Canal during the Yom Kippur War.

From early in his service, Sharon was dogged by accusations that he exceeded orders. According to Israeli journalist David Landau, whose biography of Sharon, “Arik,” has just been published, in the case of the Yom Kippur War, those criticisms were politically motivated.

“In the Yom Kippur War there were accusations flying around between the generals and the political parties that saw themselves somehow connected. He was accused of stepping outside his orders by his political and military rivals and critics, of whom there were many. And he claimed to his last day that these accusations were not well grounded.”

As a neophyte politician, Sharon brought a number of parties together to form the Likud bloc headed by longtime opposition leader Menachem Begin. When Begin became prime minister in 1977, he appointed Sharon agriculture minister.

In his new role, Sharon directed the government’s expanding settlement drive in the West Bank and Gaza. Sharon is popularly seen as the driving force behind the settlements, but Landau says that notion is incorrect.

“Both Begin and [Foreign Minister Yitzhak] Shamir wanted to build these settlements and Sharon’s role was the executor and not the formulator of policy,” Landau said. “It was Shamir who claimed to the American administration that he had this tough minister building settlements. But in Israel I don’t think many people thought that.”

And Sharon was willing to take down settlements as well as put them up. After the Egyptian-Israeli peace treaty was signed in 1979, Sharon oversaw the destruction of the town of Yamit in the Sinai in advance of the Israeli withdrawal.

What Sharon wanted was to become defense minister, a post Begin was reluctant to give him. Begin reportedly announced that he was worried that if he put Sharon in charge of the army, one morning he might wake up to find Sharon had circled the Knesset with tanks.

“Sharon and Begin met in the men’s room and Begin said, Well you have to understand, it’s just guys joking around,” Landau said. “But that comment certainly resounded around the country.”

Sharon took the fight beyond the 40 kilometer goal all the way to Beirut. With Israel now controlling security, a Christian Lebanese militia slaughtered Palestinians in the Sabra and Shatilla refugee camps.

Israelis were outraged. A commission appointed to investigate the massacre found the government indirectly responsible. Sharon was accused of gross negligence and was forced to resign.

‘Too old, too extreme’

Sharon was tainted by Sabra and Shatilla but didn’t disappear from politics. In 1999 he wrested leadership of the Likud party from Benjamin Netanyahu, who had just lost the national election to Ehud Barak and the Labor Party.

“The almost universal assessment was that [Sharon] had missed any prospect of becoming prime minister,” according to Landau. “He was too old and too extreme. The Likud people said themselves that he is unelectable because he was too right wing, too pro-settlement. That in itself was part of the drama. So quickly he took over the Likud, became a credible leader of the opposition and then beat Barak in the election.”

The 2001 election came amid the Second Intifada, when Israelis were terrorized by car bombs and suicide killings. A year earlier, Sharon had taken a highly publicized tour of the Temple Mount. His appearance at the holy site was “highly provocative,” Landau said. But Sharon’s aim was not to incite the Palestinians, but a political act in opposition to Barak’s policies, the biographer said.

Nevertheless the day after Sharon’s visit, rioting broke out on the Temple Mount. The Israelis responded with live ammunition. “There was blood on the flagstones of the Temple Mount and from there the violence spread,” Landau said.

Sharon won the 2001 election and launched an offensive on the West Bank. He also began construction of a security barrier to impede Palestinian access into Israel.

Sharon distrusted Palestinian leader Yassir Arafat (“He hated Arafat,” Elliott Abrams said.) and concluded that in the absence of a Palestinian partner, Israel would act unilaterally. He determined to abandon Israel’s settlements in Gaza and withdraw Israel’s military presence from the territory.  The move was highly controversial.

“He was able to take enormous political risks,” Abrams said. “He decided it was time to settle Israel’s borders, if not for all time then for decades at least. I think he planned to do something in the West Bank – pulling settlements back to the fence line.

“It’s important to remember how embattled he was in 2004 and 2005,” Abrams continued. “He said, ‘The Left can’t do anything and the Right doesn’t want to do anything and if I fail no one else will do anything.’”

With the Gaza pullout, Sharon, always anathema to the left, was suddenly condemned by the right as well. More than one religious critic – including televangelist Pat Robertson in 2006 and the spokesman for Hebron’s Jewish community last week – attributed stroke that befell him as divine punishment for pulling Israel out of Gaza.

“The main criticism from people on the right is that he was elected on a right-of-center platform and he never said he was going to get out of Gaza,” Abrams said. “In August 2005 they withdrew, without violence, which was extraordinary.”

In the upheaval over the Gaza withdrawal, Sharon left the political party he created and formed the centrist Kadima Party, where he was joined by progressive members of Likud and others. On Jan. 4, 2006, he suffered a massive stroke and went into a coma. He was replaced as prime minister by Ehud Olmert.

By that time, many Israelis had had a change of heart about Sharon, Landau said.

“The night that he was struck down with a stroke, there was grieving, there was crying. To me, the remarkable feature of that evening was that among the people crying were people who, when he became prime minister, were so discomfited, they were seriously talking about leaving the country. Because they just knew that the intifada in his hands would turn into a bloodbath. It didn’t happen. But that was the assumption, taking into account the prior image of Sharon.”

Sharon largely left the headlines until last week when it was announced that his condition had become critical that his life was “definitely in danger.”

Sharon, who always said he acted in the name of Israel’s security leaves behind a gritty legacy.

“He had a fairly grim view of the possibility of peace,” Abrams said. “You could have the absence of war. You could avoid war. But peace is another matter.”

In the eight years since his sudden departure from the scene, no one has yet proved Ariel Sharon wrong.