Twenty-year-old Gavriel Brown, a Yeshiva University junior and Kemp Mill native, was recently awarded the 2013 Elie Wiesel Prize in Ethics for his essay entitled “Losing Self, Finding Self.”

A nationwide contest, the Elie Wiesel Foundation for Humanity Prize in Ethics Essay Contest was created by professor and Mrs. Wiesel 24 years ago to inspire college students to explore their concerns, beliefs and experiences in ethics.

Brown’s essay, which details the lessons he learned while volunteering at the George Washington High School campus in Washington Heights, N.Y., after Hurricane Sandy, was chosen out of more than 250 submissions. Professor and Mrs. Wiesel themselves read his essay before declaring it the winner.

Brown, the son of Federation scholar-in-residence Erica Brown, described receiving the award for the essay that he worked on for more than a month as “humbling and very affirming,” explaining that he entered the contest as a way to “sift through what I experienced while volunteering. I thought writing an essay would be a nice way of doing that.

“I really tried to think through the difficulty of volunteering for someone, or volunteering with someone when you’re so different from that person and when you’re thrown into this mix, you suddenly have to confront and work with someone who is totally not like you,” he said. “I learned that people really try to wash away differences when in reality the opposite should be the case. We need to recognize that there is a difference and that there’s a dignity in the difference, and that can be something we should learn from. We don’t need to act like it’s not there, but instead we should work through the differences to come to common terms.”

Chelsea Friedman, executive assistant at The Elie Wiesel Foundation for Humanity, explained that Brown’s essay was of a very high quality.

“Professor and Mrs. Wiesel score the top 13 essays themselves before they choose a winner,” she said. “They chose Gavriel’s because it was interesting and a very well written and focused essay on an important ethical issue.”

Brown, who was also recently appointed editor-in-chief of The Commentator, Yeshiva University’s official newspaper, for the next academic year, will attend an awards ceremony this coming October where he, along with the second, third and honorable mention winners, will receive their awards directly from the Wiesels.

“Elie Wiesel taught everyone to not be silent, and that silence is the root of evil. He is someone who is this literary figure, and I do believe that I’m most excited to meet him and be able to talk to him at the ceremony.” 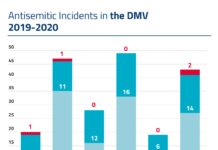 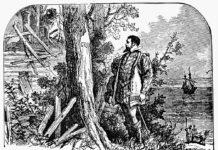 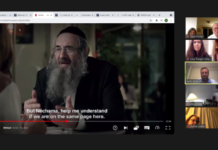 At Beth Sholom in Potomac, a close reading of ‘Shtisel’