School is out and summer is here — but your kids have already been spending their days at home since March, thanks to the pandemic. While the youngest children are behaviorally oblivious to the passage of the seasons, the older ones are splayed out like starfish across the cool cushioned surfaces of your home, doing their darnedest to avoid the summer heat outside.

But when sun the drops behind the trees and the air cools and the fireflies come out, a backyard campout can provide a great injection of both fresh air and adventure for the family.

Dr. Jim P. Boyce, cubmaster with the National Capital Area Council Cub Scout Pack 1280, shared the insights below with Washington FAMILY editor and mom of two PJ Feinstein for anyone interested in planning a night under the stars in their yard.

The essentials for backyard camping are simple, if not entirely in one’s control: a tent, and good weather.

“Being wet is miserable, and preventing it on a camp out, even with a tent, takes some experience and trial and error,” Boyce told Feinstein. Even though most new tents come with a tarp and a rain fly to help keep campers dry, he said it is better to reschedule if wet weather is in the forecast, especially if it’s one’s first time camping.

“The nice thing about backyard camping is you just come inside if anything goes amiss,” Boyce added.

“When choosing a ‘campsite’ in the yard,” writes Feinstein, “avoid trees with branches that might fall on you overnight. Then pitch your tent with your children’s help and make it cozy with sleeping bags or blankets and pillows.” Feeling glampy? Pop in some air mattresses.

The ground tends to suck heat away from the body, Boyce said, and he recommended sleeping on top of a closed-cell yoga mat for insulation.

A flashlight is handy for “the inevitable middle-of-the-night bathroom trip to the house,” writes Feinstein. Boyce told her he prefers red LED flashlights because they don’t disrupt a person’s night vision.

Watch out for pests

“When it comes to wildlife, you’re pretty safe in your backyard,” writes Feinstein. “Raccoons might investigate the campsite for food, but they, along with foxes and deer, aren’t likely to bother anyone.”

“A neighborhood dog getting loose is probably the biggest non-human mammal to worry about around here,” Boyce told her.

Ticks, on the other hand, are cause for concern.

“These scourges are vectors for a long list of human diseases,” said Boyce, who is also a medicinal chemist at the National Institute of Allergy and Infectious Diseases. The most well-known tick-borne disease is Lyme disease. To help prevent tick bites, Boyce recommended cutting grass short and spraying down camping equipment with tick repellent a day before the overnight. Also, parents should get in the habit of checking kids any time they play, hike or camp outdoors.

“It’s hard to do, and even more so once the ticks find a hairline, but if you can catch them within a day or two of attaching and before the can engorge on blood then odds of transmission and consequent treatments is quite low,” said Boyce.

Kids may catch “a glimpse of bats hunting for mosquitoes at dusk or hear owls hooting at night,” writes Feinstein. Firefly season also starts mid-June and hits its peak around the Fourth of July. Their glowing ballet can make a backyard campout look truly magical.

“There’s a lot of nightlife to appreciate that I don’t think kids usually fully get because they’re indoors sleeping in bed,” said Boyce.

As for the camping tradition of making s’mores, Boyce had just one request, according to Feinstein: Use a wooden stick, not a metal skewer, to roast those marshmallows.

“Kids and sticks and waving them around … inevitably, someone’s going to get poked with a red hot skewer,” he said. “Find a branch, find a stick. Much safer than metal.” 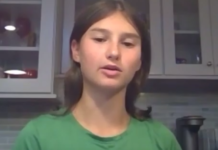 WATCH: COVID answers for kids — and for the rest of us 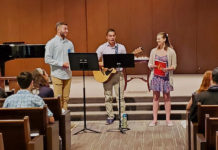