While 19th-century shtetl-era Jews are coming to terms with threats of intermarriage, pogroms and dispersal at the instruction of the Czar in a revival of the warhorse Ur-Jewish musical Fiddler on the Roof at Arena Stage in Southwest D.C., across town a quartet of 21st-century American Jews wrestle with similar existential challenges in Northwest. But the blush is off the rose and there’s no bottle dancing in this volatile play.

Studio Theatre’s production of Bad Jews is far from a Fiddler sequel or epilogue. Yet it still deals with that ever-important question many late 20th century Jews plaintively ask: Will my grandchildren be Jewish? Rising young playwright Joshua Harman’s work has seemingly captured a current cultural zeitgeist: the show, which premiered in 2013 at New York’s Roundabout Theatre, is one of the most-produced new comedies on the regional theater circuit this season. Studio’s production runs through Dec. 21, and for an evening of high drama and cutting comedy, it’s not to be missed.

But this is comedy with the knives unsheathed. Aside from a terrific title — if you’re Jewish you’ve of course felt the guilt trip of being a “bad” Jew at some point, whether it was eating bacon, not fasting on Yom Kippur or skipping synagogue to sleep in, not to mention the baddest of the bads who make cringe-worthy national headlines — the Madoffs, Milkens and our region’s own local claim to infamy these days, Rabbi Barry Freundel — Bad Jews has a compact story that is told by vivid characters. Not Jewish? Never mind. The show still provides a remarkable amount of frisson, enough to make anyone with a family breathe a sigh that theirs isn’t quite that highly strung.

A trio of cousins have gathered for their grandfather Poppy’s shiva — a week of mourning and receiving guests — after his funeral. Crammed into an Upper West Side efficiency just down the hall from brothers Liam and Jonah’s parents’ flat, Dafna and her two male cousins see longstanding tensions between them boil over. At the center of this epic tribal battle of long-held resentments and mortally wounding words is the question of who gets Poppy’s inheritance. No, not the money; something far more symbolic and freighted with meaning: a small gold chai necklace, that dates to the Holocaust and before. Their grandfather kept that necklace for decades, first hidden, then used as a token of his love and fidelity to propose to their grandmother, finally worn proudly once he re-established himself in America. The question is not who it was promised to, but who deserves it and who will best carry on Poppy’s legacy.

Harmon’s compact cast, directed with a chef’s knife-edged accuracy by Serge Seiden,, has fully committed themselves to slinging their stinging barbs, and most spectacularly, their monologues of discontent, disillusion and disgust, knowing someone — or everyone — will ultimately get hurt. Dafna, the spectacularly hard-nosed Irene Sofia Lucio, is the self-described religious zealot of this dysfunctional college-aged clan. She’s the one who believes her inheritance rights are unimpeachable because of her so-called religious and Zionist commitment. She’s headed for Israel and rabbinical school, claiming a mysterious Israeli boyfriend.

Jonah, played by Joe Paulik, often trying to fade into the wallpaper or his computer game, is the younger brother, and insists he has no dog in this fight. He wants to stay out of the battle he knows will ensue when Dafna brings up the necklace. But he does have a filial response when compounding issues upset the equilibrium.

Liam arrives late, not getting the report of Poppy’s death in time because he was skiing in Aspen with his girlfriend. He’s the type A in this tight-knit clan of cousins, and he has plans for Poppy’s necklace, even if no one else knows about them.

The spite and resentment simmers, then seethes between Dafna and Liam, each claiming his or her inheritance right and more broadly the birthright to their own measure of Jewish continuity. There are long festering scores to be settled — about family money and family politics and the perceived favorite grandchild — that erupt into biblically proportioned battles and stunning bitterness. Each actor has scintillating moments, particularly in Harmon’s invective-filled monologues. This is a family that fights dirty, but with words not fists, which makes the resulting sting all the greater. But Lucio, who by the way has the best Jewish hair I’ve seen since my summer- camp days decades ago on the Chesapeake Bay — a wavy, kinky, curly mass that combing through will never conquer — has a particular talent at playing the holier-than-thou card then striking a winning boxer’s direct uppercut.

With power and precision, she knows exactly how to pull a knockout punch. But as Liam, Alex Mandell (a Virginia native, who graduated from Northern Virginia’s Gesher Jewish Day School), holds his own and more in this epic family power struggle. As the outlier, Melody, Maggie Erwin plays Liam’s blonde, benevolent girlfriend with the blind innocence of a newcomer unwelcomed into an ugly rout. It burns Dafna up that her cousin has brought not only an interloper, but a shiksa no less, to their grandfather’s shiva. And Erwin has one of the surprise comic moments in the show, relishing her role as a failed opera singer; it’s simply not to be missed.

Is Bad Jews good or bad for the Jews? It’s hard to say. Jewish theater has long been about families in toil and dysfunction. What works best here is the high-strung comedy intermingled with the seething undertones of jealousy, greed, pride and honor that every child — cousin, brother, sister, son or daughter – fights through to grow up and become independent. Harmon has mined some deeply provocative issues for a 21st-century audience of Jews who continue to wrestle with the legacy of 19th-century Diasporic tensions. Who is good enough, Jewish enough, to carry forth the cultural and religious birthright of generations of ancestors onward to the next and – one hopes, not final – generation? That question rests at the core of Bad Jews, making its spectacular family implosion one that hurts so good. 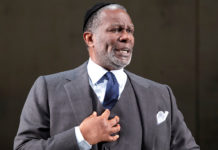 Is it time to retire ‘The Merchant of Venice’? 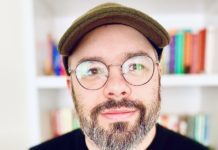 Are some things too sensitive to dramatize? 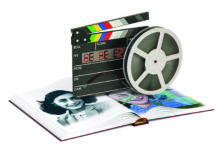