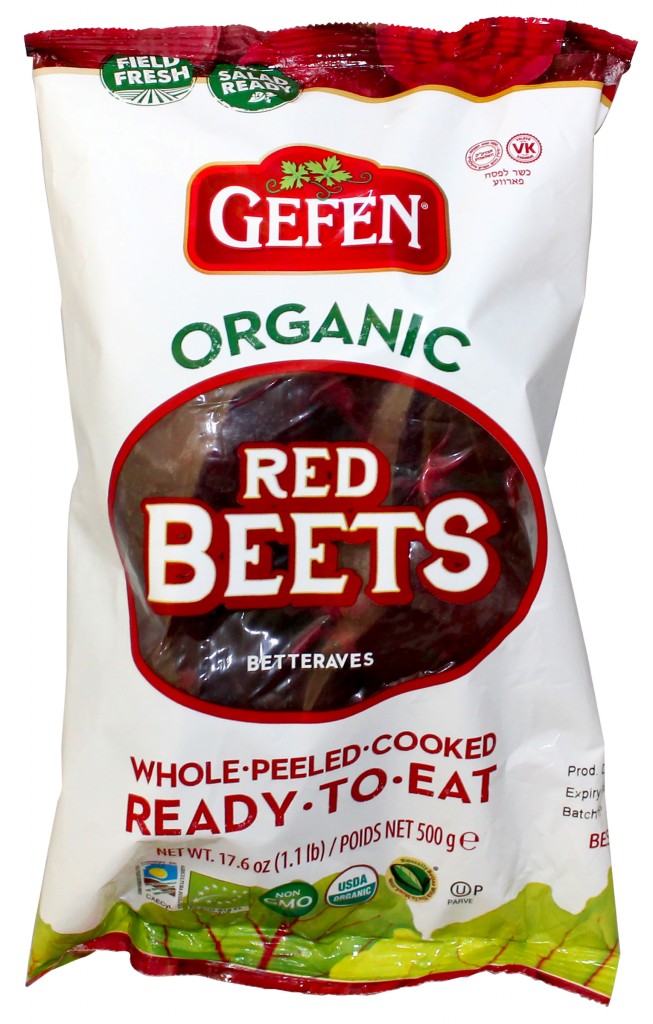 As environmental awareness increases, local supermarkets are stocking their shelves with more natural and organic Passover products. The latest buzz word is biodynamic, as in Kedem’s new biodynamic grape juice, available this season for the first time at Whole Foods Market.

So what is biodynamic?

“Biodynamic farming is something that’s probably well under the radar, but rising fast. Biodynamic is actually the next level of organic,” said Harold Weiss, executive vice president at Kayco, a kosher food company based in Bayonne, N.J. that is a merger of Kedem Foods, Kenover Marketing and B&W Foods. “The ground is actually certified in which the grapes are grown.”

Other new Kayco-Kedem items for the socially conscious Pesach consumer include the first-ever kosher for Passover fair trade coffee, The Chosen Bean, Yehuda gluten-free organic matzah and Gefen organic beets, a product that Weiss said has unexpectedly taken off.

“The organic beets are probably one of our most successful new items this year,” said Weiss. “It is a clean, ready-to-use-beet in a sealed bag.”

Elsewhere, Pereg Natural Foods has introduced new kosher for Passover gluten-free flours in three varieties: coconut, almond and quinoa. According to Pereg, the new products are 100 percent natural, nondairy, approved by the Non-GMO Project and certified kosher by the Orthodox Union.

Other new natural food items include Lieber’s quinoa with mushroom and herbs and Bodek Brussels sprouts.

According to Jamie Miller, manager for public and community relations at Giant Food, the supermarket chain has added between 80 and 100 new items to the shelves for customers celebrating Passover.

“Twenty or 30 years ago, kosher food was basically made up of a very traditional limited variety of products,” said Weiss. “Now you have a much wider variety. It’s a generational shift.”