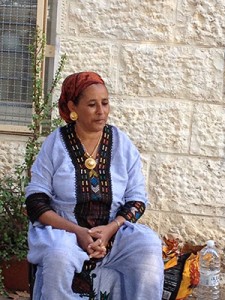 This was the word that Steven Rakitt, executive vice president and CEO of the Jewish Federation of Greater Washington, used to describe the situation in Beit Shemesh.

On a site visit to explore the programs of the Ethiopian National Project, which unites global Jewry, the Government of Israel and the Ethiopian-Israeli community in its mission to advance the integration of Ethiopian-Israelis into Israeli society through social and educational opportunities to Ethiopian-Israeli youth, Rakitt reminded visitors that “you may see something in the headlines, but now you know there is more to Israel.”

Rakitt’s statements came at a most fitting time, the day after an LBGT group filed a complaint against the Haredi Orthodox mayor of Beit Shemesh after he said on television that his “holy and pure” city does not have homosexual residents.

Moshe Abutbul, who was re-elected three weeks ago after a contentious campaign that pitted secular and more Modern Orthodox residents against Haredi Orthodox residents, also told Israel Channel 10 in an interview that aired last Friday that the Health Ministry and the police are responsible for handling the LGBT (lesbian, gay, bisexual and transsexual) community.

Asked if the city has gay residents, Abutbul said, “We have no such thing. If you mean what I think you mean, then no. Thank God, this city is holy and pure.”

On Sunday, the Association of Gays, Lesbians, Bisexuals and Transgendered in Israel filed a complaint against the mayor.

“This constitutes incitement, urging attacks on and a show of contempt for the LGBT community,” said Shai Doitsh, the association’s chairman.

In response to the new, the Jewish Federation of Greater Washington sent a letter to the mayor – and Israeli media – that expressed “outrage” at the mayor.

“Mr. Mayor,” the letter signed by Rakitt and federation president Liza Levy said, “gays are neither sick nor criminal. Your comments hurt and offend many in your community, in Israel and in the Diaspora, and we urge you to immediately retract your statements.”

The Greater Washington federation and Beit Shemesh have been partner cities for 18 years. The letter indicated that in the spirit of collaboration, the federation would continue to express its views to the head of the community.

Meanwhile, Abutbul’s mayoral challenger, Eli Cohen, will file a request Monday for new elections with the Jerusalem District Court claiming voting fraud. Complaints of forgery and other irregularities on Election Day have been leveled against Abutbul’s camp.

At ENP, there was no mention of the mayor or the election, rather there was Ethiopian coffee, bread, singing and dancing. ENP program participants spent the hour they had with those from Greater Washington area thanking them for their support.

Thanks in part to federation funding, ENP established a youth outreach center that provides safe physical havens for Ethiopian at-risk youth. This model provides children with critically necessary programs and staff, utilizing resources and knowledge efficiently to meet the most pressing needs of the local populations. ENP youth workers direct outreach and extend themselves to alienated youth, offering guidance in neighborhood centers. They also work with parents to get them involved in activities at the centers and leaders at the centers provide them with tactics to foster more supportive home environments. Together, these factors enhance participants’ self-esteem and help them to develop a stronger connection with the surrounding community and with the State of Israel.

“History is happening before our eyes,” said Micha Feldman, chief architect and implementer of Operation Solomon in 1991 (where 14,000 Jews were airlifted to Israel over a 24-hour period). Micha is considered a hero for the Ethiopian Jewish community. “You, through ENP, are taking [Ethiopian] children and getting them from where they are to where they can get. This is history.”