If a visitor to Tifereth Israel Congregation in Washington pauses at any of Bernie Shleien’s artwork, he would say he met his goal.

“It’s like fishing,” he says of his art. “You use different lures.”

One lure is a painting of the golden dome of Tiferet Yisrael in Jerusalem, the synagogue and namesake of his own congregation, destroyed by Jordan in 1948.

Shleien has been creating works of art for 17 years — oil paintings, sculptures. He now focuses on drawings using ink and water color.

“By changing the subject matter or changing the means, I’m always stimulated for [making] different things,” he said.

His inspiration often comes from areas of personal interest, as it did for the painting of Tiferet Yisrael, part of a series on synagogues which no longer exist, which he first showed in Washington’s Foundry Gallery before selling it to the synagogue.

Shleien said he felt most comfortable using an oil stick to paint the synagogues.

“I like my hand to have a close proximity to the canvas,” he said. “I like to be close to the picture, and an oil stick is the obvious thing to use if you’re going to do that.”

Audrey Smith, who chairs Tifereth Israel’s fine arts committee, said Shleien is “the most inventive artist” she has ever met and is “totally devoted” to his art.

“What I love about Bernie is that he tries new things all the time,” she said. “And that to me is the mark of a very good artist.”

Shleien was born on New York’s Lower East Side. When he was 8, his family moved to Los Angeles. He graduated from the University of Southern California in 1957 and then did his postgraduate work at Harvard University’s School of Public Health.

Shleien said he enjoyed art during his teenage years, but didn’t get back into it until he retired in 2000 from a career in the Public Health Service. It was a career in which he helped the Food and Drug Administration develop potassium iodide tablets to prevent the thyroid gland from absorbing radioactive iodine during a nuclear accident. He also wrote a guide on how to prevent the accumulation of radioactivity in food. He was awarded an Outstanding Service Medal from the surgeon general in 1980.

When he retired, Shleien began taking classes at the Maryland College of Art and Design in Takoma Park, where he learned sculpture and taught woodcut classes at night. Tifereth Israel displays his wood sculptures on the stairwell leading to the synagogue’s basement. One is a “celestial clock” made from curved cherry wood scraps attached to a slice of a tree trunk. Shleien said this was one of his student projects, but when asked where the inspiration came from he was at a loss.

“I don’t know,” he said. “Because of the passage of time and the cosmos.”

The passage of time is also reflected in Shleien’s showcase at the synagogue which, in addition to the synagogue series, includes paintings of historic buildings around Washington like the Capitol. and contemporary sites such as Metro Center station. There are also self-portraits and even a science-themed drawing of tectonic plates.

Paintings are for sale, and proceeds will benefit Tifereth Israel.

Shleien said sketching a design takes as little as 30 minutes, but to complete a project may take as long as three weeks. He works in the Florida room of his Silver Spring house and listens to music. His favorite albums are “Mythodea — Music for the NASA 2001 Mars Odyssey” by Vangelis and Yo-Yo Ma’s Silk Road Ensemble. The experience, he said, is Zen-like.

“When I do art, it’s almost meditative. You can be working on a picture and it alters time. You feel like you worked on this picture for 15 minutes and the reality is that you worked on it for three or four hours.”

Shleien said he usually stands when he works. And despite the many media he works in, the result is unmistakably a Shleien. But it is an acquired taste, he said.

“If you look at my work you can recognize that it’s me,” he said. “But you have to know me.”

Smith said she calls Shleien a “TI resident artist” because so much of his work is displayed in the synagogue. She has two items he made in her own house, including a collage of bark.

“That’s Bernie,” she said. “He just has an artist’s eye and an artist’s hand. You name the medium and Bernie has explored it.” 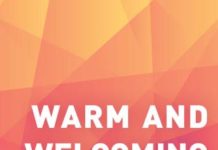 Two wings and a gap 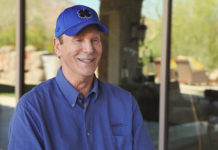 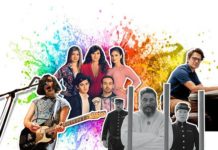